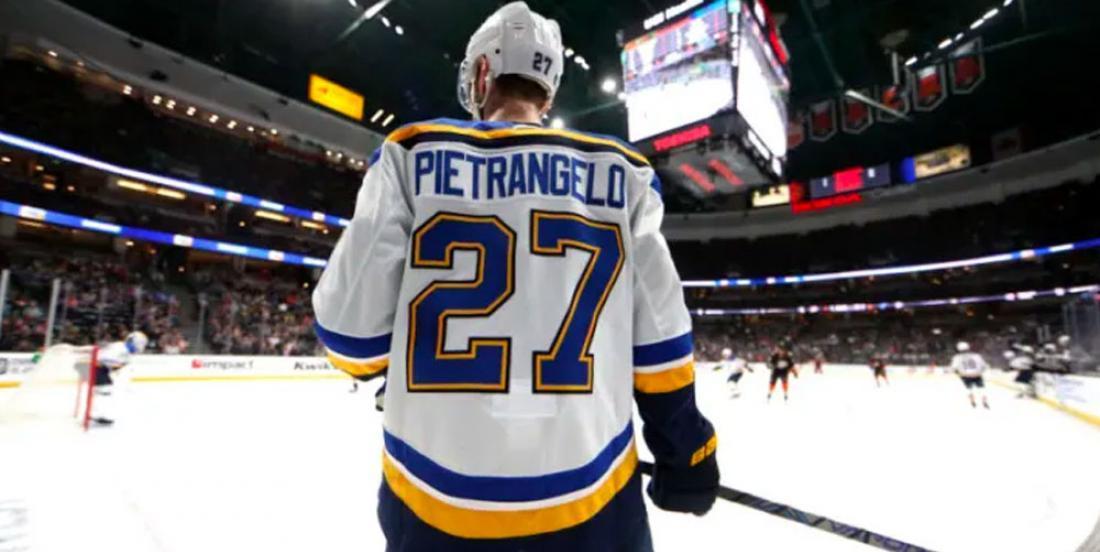 It does not feel like captain Alex Pietrangelo is feeling confident about staying with the St. Louis Blues. On Monday, the veteran defenseman, who would be a very coveted player on the free agency market, revealed that he is “disappointed” with how negotiations have gone between his agent and Blues general manager Doug Armstrong.

The Blues have just over $5 million in cap space to sign both Pietrangelo and restricted free agent Vince Dunn, meaning that they’ll likely have to make a trade to free up salary if they’re serious about bringing both players back. The 30-year-old Pietrangelo is expected to looking at a deal that will pay him $7+ million annually,.

According to Darren Dreger of TSN, the Blues might have offered Pietrangelo $8M AAV, however, couldn’t what the lenghtr of the deal would be. This led the insider to talk about the possibility of the veteran blue liner leaving St. Louis, and Dreger stated that the Toronto Maple Leafs and Vegas Golden Knights are said to be high on Pietrangelo’s list of preferred destinations to pursue his career in the NHL.

“If they got to invest upwards of $9M (AAV) to keep Alex Pietrangelo in St. Louis than either way it’s coming at the expense of another player or players, so it’s a delicate one for sure.”

It therefore remains to be seen how much the Blues are willing to pay to keep their captain in St. Louis. This obviously is important enough for Pietrangelo to get the right deal with the team that selected him fourth overall back in 2008. It sounds like he always expected to retire as a member of the Blues, but things can change, don’t we know it.

Pietrangelo had 16 goals and 52 points in 70 games during the regular season, adding one goal and six points in games upon the NHL’s Return to Play. He has spent his entire career to date with the Blues, but is now considering wearing another uniform.

The Maple Leafs would fight hard for his services seeing that they desperately need a veteran boost on the back end. It would be interesting to see if Pietrangelo would gamble on Toronto or be more interested by the idea of competing for a true Stanley Cup contender like the Golden Knights, who were just eliminated from the postseason in the Western Conference finals by the Dallas Stars on Monday night.

Which team is going to show him the money - or the right deal we should say.