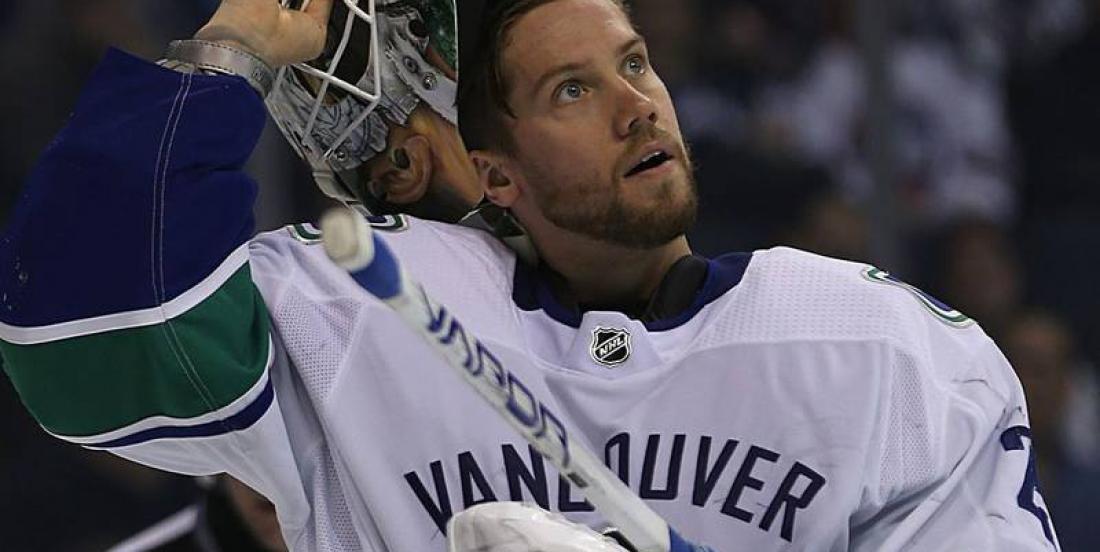 We still don’t know if the Vancouver Canucks will be able to retain goalie Jacob Markstrom, he who could walk away and test the free agency waters on Friday.

From what we found out on Wednesday, the Canucks have reportedly made him their best offer as we awaited to see if it will be enough for the 30-year-old goalie.  He could be seeking more than netminder Robin Lehner’s $25-million-over-five-years deal signed on the weekend with the Vegas Golden Knights and Vancouver’s best offer might not be enough to convince him to stay.

Some experts are saying that things do not look good, and on top of that, insider Patrick Johnston of The Province has added that the Detroit Red Wings as reportedly looking to make Markstrom a strong offer as soon as they are allowed to on Friday.

The Canucks still own his rights here until Friday and might have to improve their best offer in order to hold on to him.

Among goalies who can become unrestricted free agents Oct. 9 are Braden Holtby of the Washington Capitals, Corey Crawford of the Chicago Blackhawks and Anton Khudobin of the Dallas Stars. We can’t say if the Canucks are also thinking about these options as they attempt to re-sign Markstrom.