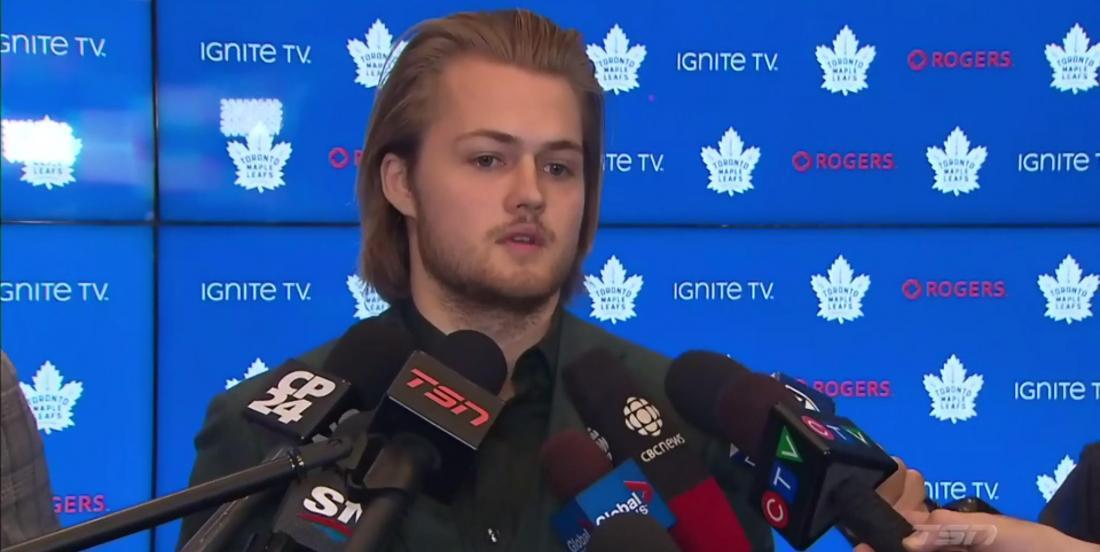 Things could turn ugly despite everyone being thrilled the free agent is finally back in Toronto...

It finally came to an end on Saturday when the Toronto Maple Leafs finally managed to sign free agent forward William Nylander to a contract extension in the last minutes prior to the RFA deadline. Nylander and Maple Leafs GM Kyle Dubas agreed to a six-year deal that carries an annual average value of $6.9 million less than an hour before Saturday’s 5 p.m. ET deadline. Dubas filed the official paperwork with the NHL and players’ association with minutes to spare, officially ending the impasse.

But is it really the end?

Dave Feschuk of the Toronto Star is skeptical of the verbal no-trade promise made by Dubas to Nylander during contract negotiations. During his press conference following his signing, Nylander revealed Dubas told him several times that the forward would not be placed on the trade block as long as Dubas was running the club.

"Kyle has told me multiple times that as long as he’s here, he’s not going to trade me," Nylander said Monday.

While it is true that the Leafs GM acknowledged his intent to keep Nylander with the Leafs leading up to his deal being finalized on Saturday, NBC analyst Pierre McGuire claimed during an interview on TSN radio that, unless it’s in writing, such a pledge “doesn’t count.”

As Luc Robitaille, the Hockey Hall of Fame winger who was traded three times, once said: “The day the GM gives you that speech, you’re gone.”

Feschuk and McGuire are not the only ones skeptical about the promise made by Dubas in order to get Nylander to sign the dotted line. TSN analyst and former NHL player Ray Ferraro wonders what will happen if Dubas is offered a great return for his young winger.

“My first thought (after hearing Nylander’s comment) was nobody should say that to anybody. Because you just don’t know,” said Ferraro. “What if a trade comes up that is incredibly attractive for Toronto and the other team says, ‘We want Nylander to be a part of that package.’ Then what do you do?”

Nylander lacks no-trade protection until the final season of his new six-year contract, so there is tons of time for Dubas to break this promise, that really according to many, does not really count.

Nobody’s suggesting Dubas was being anything but honest in his assertions, however, the Leafs GM cannot predict what will take place in the coming seasons... And Nylander could be on the move because Dubas' pledge does not appear in the contract.