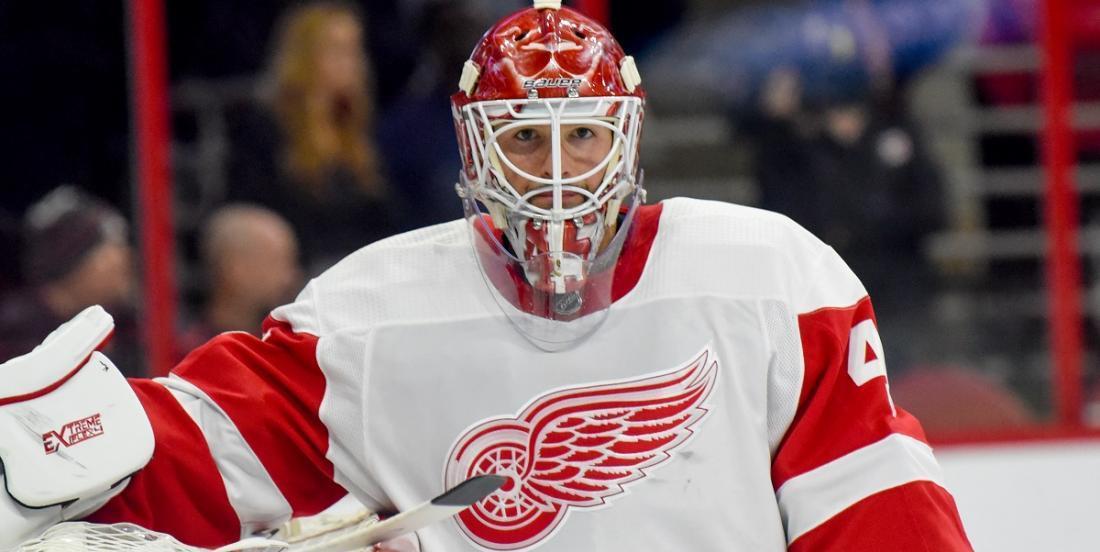 The Detroit Red Wings got some bad news on Monday morning, although given their current place in the National Hockey League's standings this season I have to wonder how much impact this will have on their fan base.

According to an official announcement from the Red Wings organization, goaltender Jonathan Bernier has been more seriously injured that was originally believed and will now miss significant time moving forward. The Red Wings report that head coach Jeff Blashill informed members of the assembled media on Monday that Bernier would be out through at least the upcoming National Hockey League All Star break, a rather surprising development given the initial reports surrounding this injury.

Bernier was made a late scratch for Sunday's matchup against the Buffalo Sabres and it was at that time that the Red Wings revealed their goaltender was dealing with some kind of lower body injury. Even that was surprising however given that Bernier had previously been a full participant in practice prior to facing the Sabres, but it appears the injury itself occurred in their previous game against the Ottawa Senators earlier in the week. All of that made it sound like a very minor ailment from the outside looking in, but now it seems as though this may have developed into something more serious.

It is a very tough break for a struggling Red Wings franchise that will now have to rely on goaltender Jimmy Howard moving forward. The issue here of course is that Howard has not been at all reliable during the 2019 -2020 NHL Regular season, recording an ugly 4.10 goals against average and an equally ugly .880 save percentage through his 18 appearances for the Rad Wings this season. He will be backed up by backup goaltender Calvin Pickard who has had his own fair share of struggles this season, so the Red Wings prospects moving forward are not looking great.

Of course if you are one of the many fans that have been hoping the Red Wings will tank this season in the hopes of acquiring one of the top picks at the 2020 National Hockey League Entry Draft, this may actually come as a bit of good news in that regard.