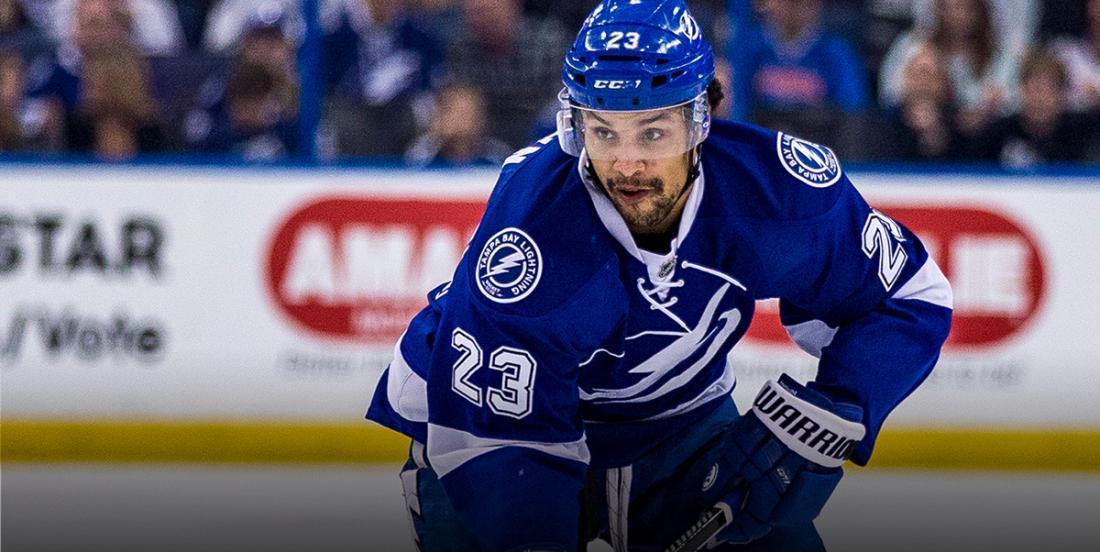 Tampa Bay Lightning forward J.T. Brown, thus far, is the only NHL player to silently protest during the singing of the Star Spangled Banner in an act of solidarity with other pro athletes who are taking a stand against racism and police brutality in the United States. Prior to a game against the Florida Panthers, Brown raised his fist in defiance.

At the time Brown admitted that he had had some “bad experiences” with police throughout his life and felt it was important to highlight the injustices happening every day in America. "In my heart, I know I did the right thing," he said.

This past weekend Brown was invited by Tampa interim police Chief Brian Dugan to attend the precinct’s academy to gain some perspective on what officers go through on a day-to-day basis. The experience, by all accounts, was an enlightening one for Brown. "You see what they go through,” he said. “I have a better understanding, I can guarantee you that."

Dugan, who is a former security guard with the Lightning, welcomed Brown, as well as Vladislav Namestnikov and Gabriel Dumont to the Tampa Police Department's Citizens Police Academy. In a role play scenario Brown and Dumont pulled over a red sedan with missing insurance tags. They step out of the car and boom… it’s all over. Ambushed by (blank) bullets, the scene was over in an instant. If it were real life, the officers would be dead.

"You realize every time you leave the (police) car, it could be the last time," Dumont said. "It was stressful," added Brown. "I'd definitely go back again, and try to be more prepared."

While it doesn’t appear that Brown regrets his protest. It certainly seems like the education provided by Tampa police will give him and his teammates some food for thought.