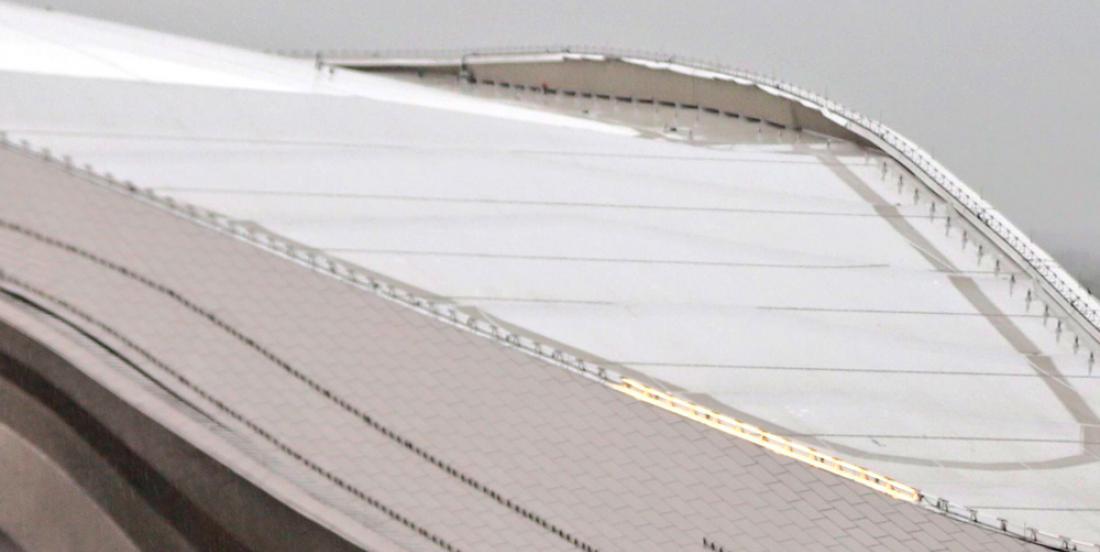 A natural disaster in Edmonton could affect its status as a hub city.

UPDATE: An update to our story from earlier today below.

For earlier reporting on this story, read below:

The city of Edmonton was absolutely ROCKED by a huge thunderstorm that brought wind, hail and flooding to the Alberta capital yesterday. And make no mistake, this is no typical summer thunderstorm.

“Take cover immediately if threatening weather approaches. If visibility is reduced while driving, turn on your lights and maintain a safe following distance. Large hail can damage property and cause injury,” the warning reads.

Even crazier though… a portion of the roof at the Edmonton Oilers’ Rogers Place arena collapsed due to the storm.

This place is supposed to host NHL hockey in less than two weeks!? There’s no way!

Incredibly though, the operating staff at Rogers Arena has released a statement saying that the damage will not affect the arena's ability to serve as a hub city for the NHL.

“We are assessing the damage and at this time are confident that it will not hamper our planning and preparation and we will be ready to host the return of NHL hockey as hub city.”

I mean... this is Alberta after all. Chances are that workers will have this cleaned up by mid-afternoon today...

In all seriousness, this news obviously gained the attention of the entire hockey world yesterday evening.

A well-placed source confirms there has been some flooding at Rogers Place in Edmonton tonight. It's believed to be affecting a foyer off the entrance way of the plaza.

The extent of the damage is still unclear.

The initial hope is there will be plenty of time to clean this up before the NHL's planned restart in the building. The first scheduled event there is a CGY/EDM exhibition game on July 28.

July 28th, for those doing the math at home, is just 11 days from now. Get to work, Rogers Arena workers!