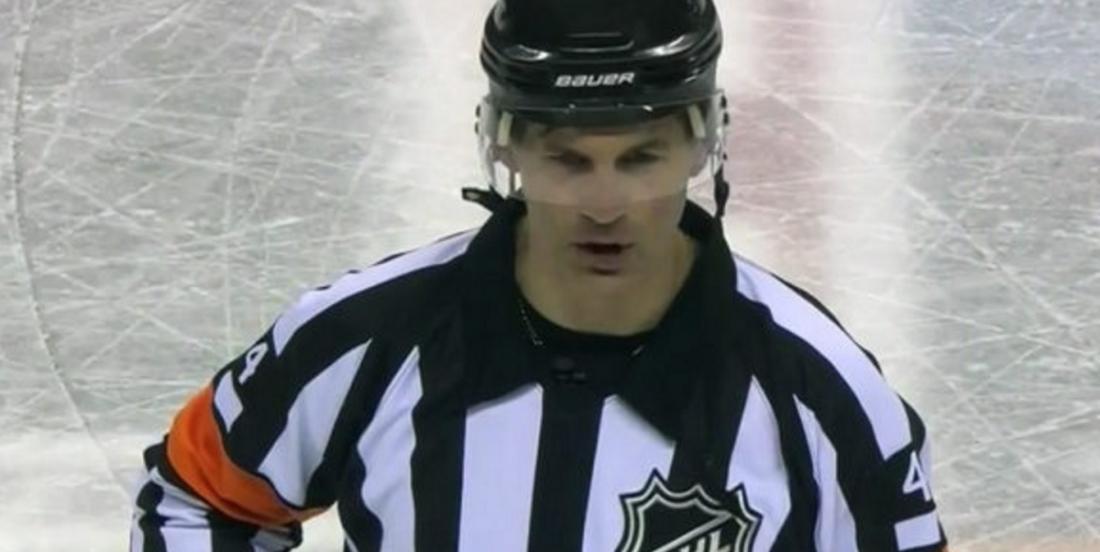 For most fans the presence or absence of one particular National Hockey League official on the ice usually is not a big deal, but for veteran NHL official Wes McCauley his absence this past season could not have been more profound.

We are all aware of the fact that players work hard all season for a chance at playoff hockey, but it is easy to overlook the fact that the officials on the ice are performing at their very best to achieve that very same goal. NHL officials work all year long and if their performance in the regular season warrants it they are awarded oversight of playoff games. This becomes especially true of the officiating crews who get to officiate in the Stanley Cup Final, and after a long year of hard work McCauley was pegged to be one of those officials in the 2019 Stanley Cup Final.

Unfortunately he would never make it there after a freak accident in Game 6 of the Western Conference Final resulted in a season ending injury for McCauley. McCauley was skating backwards in the neutral zone when the back of his skate blade got snagged on the skate of another NHL official on the ice, resulting in a very awkward fall for McCauley. Initially you could be forgiven for thinking the situation was rather comical, McCauley's fall made him look like Bambi on ice, but it became clear rather quickly that the official had been seriously hurt.

The good news is that 2018 NHL official of the year revealed in a recent interview with the Press Herald that he has fully recovered from his injury. On top of that McCauley says that although he would have prefered to be a part of the Cup Final, it did not diminish his enjoyment of it all.

“Obviously, it’s different,” said McCauley as per the Press Herald. “You want to be on the ice, but it’s neat to sit around and support your teammates who are doing a great job and just kind of soak in the atmosphere. It’s still the Stanley Cup finals.”

Although the NHL has come under fire as of late for some rather wonky officiating in some of it's games, no one wants to see NHL officials getting hurt, and we're happy to see that McCauley is doing well and has gotten back on his feet.