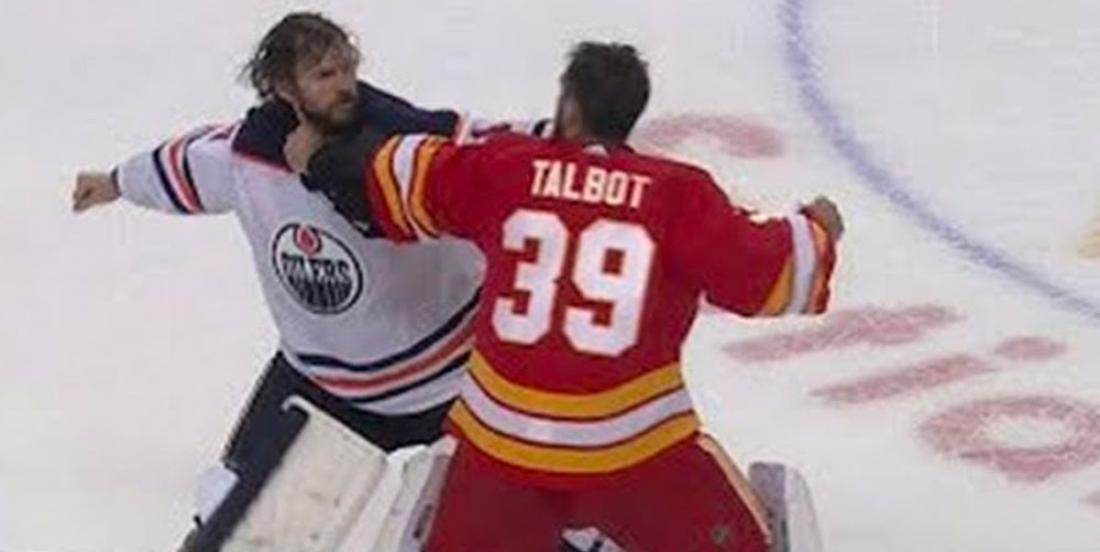 Hockey fans all loved to see the Battle of Alberta get to another level on Saturday night, when everyone one the ice, including goalies Cam Talbot and Mike Smith dropped the gloves and went at it.

However, one fan was more than upset with the move: Talbot’s wife was outraged that her husband fought and didn’t know how to deal with him dropping the mitts and facing a more experience goalie-fighter in Edmonton Oilers’ Mike Smith.

The Calgary Flames netminder revealed on Monday that his wife needed to calm down with a few drinks and couldn’t drive back home after the game.

While all of his teammates were impressed with his grit, Talbot knew he was in trouble with his lady when he saw her after the game. However, he has appreciated the support he got from his teammates and from the Oilers players themselves.

“I got a couple messages from guys on their team and they said he respected me for meeting him out there. I respected him for doing the same.”

Talbot surely made it clear that he’s got his teammates’ back, however, he might have to rub his wife’s now to be forgiven for his dangerous move.