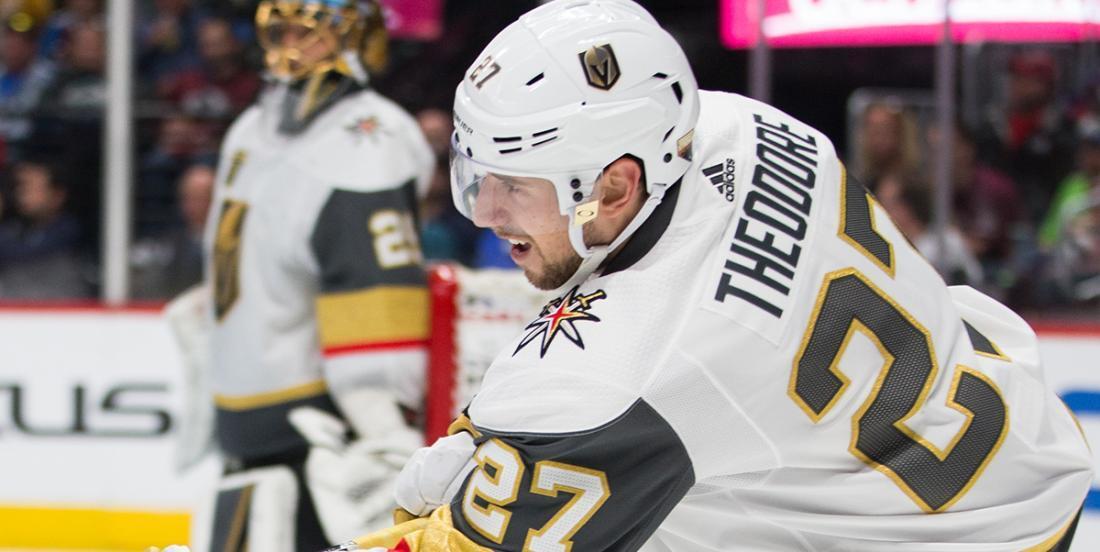 SHEA IT AIN’T SO!

Theodore has signed a 7-year contract worth an AAV of $5.2M

Theodore himself also made an announcement on social media:

Looking forward to sticking around Vegas for 7 more years!!!

Can’t wait to get season 2 started!

Here's the official press release of the announcement courtesy of the team's official website:

*VEGAS (September 24, 2018)* - Vegas Golden Knights General Manager *George McPhee*announced today, September 24, that the team has signed defenseman Shea Theodore to a seven-year contract through the 2024-25 season worth an average annual value of $5,200,000.

Theodore, 23, had 29 points (6G, 23A) and 14 penalty minutes in 61 games during the 2017-18 regular season. He appeared in all 20 games of the Stanley Cup Playoffs, including the Stanley Cup Final, recording on 10 points (3G, 7A) with eight penalty minutes. In his three NHL seasons, Theodore has skated in 114 games and has recorded 46 points (11G, 35A) to go with 44 penalty minutes.The Langley, British Columbia-native was acquired by the Vegas Golden Knights via a trade from the Anaheim Ducks during the 2017 NHL Expansion Draft.

Theodore was one of just three remaining unsigned RFAs heading into the season before re-upping with the Knights. His signing leaves Toronto Maple Leafs forward William Nylander and Anaheim Ducks forward Nick Ritchie as the last two remaining unsigned RFAs. The inside scoop from NHL insider Bob McKenzie of TSN is that neither player is close to signing a new deal anytime soon. Then again… the same thing was reported about Theodore just days ago. Money talks…

The 23 year old Theodore is quickly establishing himself as a solid, young defenseman with some offensive upside. The native of Langley, British Columbia potted six goals and 29 points in just 61 games with Vegas last season and looks poised to take the next step in the absence of blue liner Nate Schmidt as he serves his 20 game suspension for taking performance enhancing drugs.