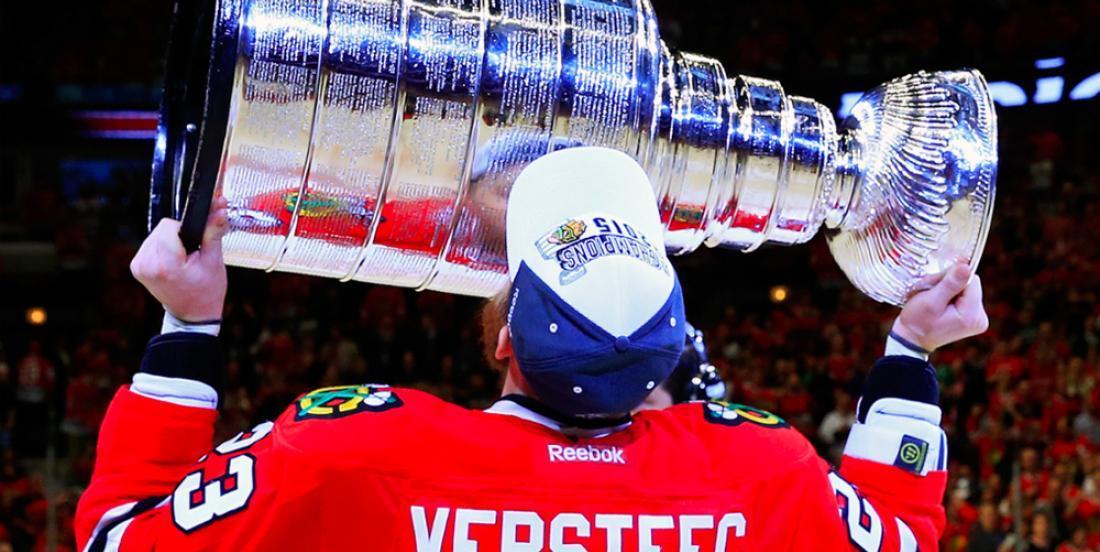 In case you missed the news earlier this week, former NHLer Kris Versteeg officially announced his retirement from professional hockey.

So… what’s next? Kick your feet up and find a cozy place on a beach somewhere? Not a chance…

Versteeg was recently hired by Canadian broadcasting giant Sportsnet and will serve as a part-time analyst whenever the NHL returns to the airwaves.

The Hockey News’ Ken Campbell recently caught up with Versteeg to talk about his career and his hiring by Sporstnet.

“Sorry it was such a slow news day and you had to call me,” Kris Versteeg said over the phone Wednesday afternoon. This guy gets it. Already. The disadvantaged kid from North Lethbridge with the chip on his shoulder who made it to the NHL against all odds, won two Stanley Cups and earned more than $28 million officially retired earlier this week. He’ll spend Phase I of his retirement in suburban Toronto, coaching his sons in hockey and as a hockey analyst for Sportsnet and he’ll almost certainly be great at both of them.

Kris Versteeg has had a career in television waiting for him almost from the time he became a full-time NHLer in 2008. Certainly by the time he won his first Cup with the Chicago Blackhawks the next season, the hockey world was beginning to see what a unique character he was and how easily he expressed himself. That made him popular in every market in which he played. He was one of those rare players who was a go-to quote machine *while* being a valuable contributor on the ice. In today’s NHL, those two things are almost always mutually exclusive.

So Sportsnet probably has a future star on its hands depending on how far Versteeg actually wants to take this. The thing that appeals to him most about a multi-media career is that it will allow him to keep his name in NHL circles and give him the time to coach his sons, four-year-old Jaxson and three-year-old Maddox, as they make their way into minor hockey in Whitby, Ont. Poor mook. If he though he was busy when he played, wait until he finds out what minor hockey has in store for him.