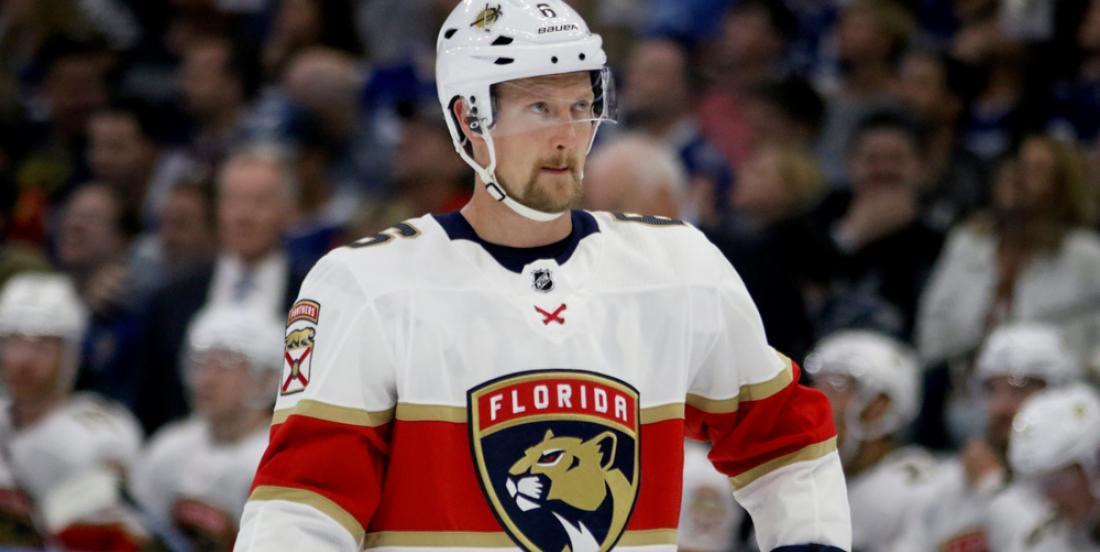 Is this the first protest from an NHLer regarding the league’s return?

Anton Stralman asks himself daily, “Is it worth it?”

The veteran Florida Panthers defenseman isn’t so sure he’ll re-join his team when they return to action later this summer. Even more telling, he’s not sure any  if the league should be returning at all.

“I think you should be concerned,” Stralman said in conversation with Joe Smith from The Athletic. “There are so many ways to look at this thing. I know everybody wants hockey back, but safety has to come first. And it’s a little bit worrisome, I can’t deny that. Even though most players are young and healthy, I’m sure there are players like me that have underlying health issues. I don’t know how my body will react if I get this virus.”

Stralman has bronchiectasis, a condition that prevents mucus from being cleared from his lungs, and has been dealing with it since early in his career. It’s this diagnosis that has him concerned for his own safety.

“It would be terrible if we fly into hub cities and start playing, and maybe one of the workers in the building gets it. It’s not just the 50 guys on the team, there’s a lot of people that need to be there to make this work. If some of those people get sick and potentially die from that, who is responsible? And is this something I want to be part of? It’s about the safety, not just for me but everyone involved. That raises a lot of questions on if we should do this thing. And if we do, would there be a price to pay for it?”

“I’m not sure that’s the right thing to do.”

Stralman hasn’t made a determination one way or another on whether or not he’ll return to play when the NHL resumes. He’s waiting for a more complete picture until he makes the final call.

“I think the main thing is safety,” Stralman said. “And I don’t think we should be obliged to be prioritized over people that actually need it way more than we do. There are so many people in this world right now that are going through some really tough times. I think all hockey players and owners should consider themselves fairly lucky to be where they’re at.”

“I know that not everybody has families, but I don’t think any (player) likes the fact we’re going to fly in and be away from our families for a long period of time. And I have more questions about the reason for this: Is it to recover some revenue? What is the calculation? I assume flying 24 teams to two cities and keeping them protected in a bubble at hotels, with all the medical and required personnel that you need for such a long time, it has to be expensive.”

“How does it add up, and is it worth it? Profit and money should never come over health and safety.”

“There’s just a lot of questions and not a lot of answers right now.”