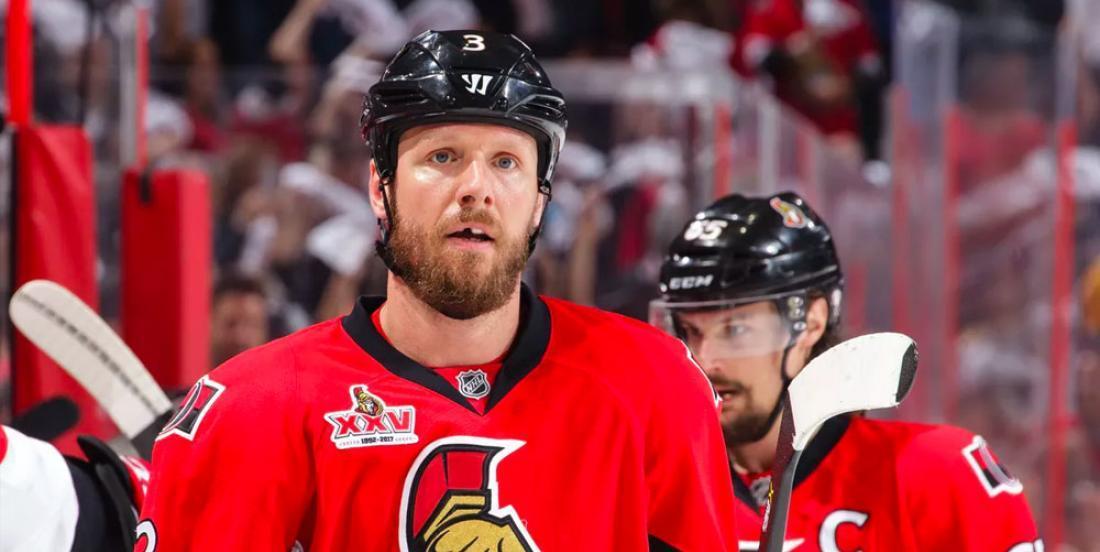 This just in courtesy of Ottawa Senators insider of TSN 1200 and The Athletic, former Sens blueliner and current unrestricted free agent Marc Methot is set to retire from professional hockey due to a recurring knee injury.

The 34 year old Ottawa native played the past two seasons with the Dallas Stars, but was limited to just 9 games last season due to the injury. Prior to that he spent five seasons with his hometown Senators and played top pairing minutes alongside superstar Erik Karlsson for large stretches. His career highs came in 2013-14 when he potted six goals and 23 points in 75 games.

If this is indeed the end of Methot’s NHL career, he’ll go down in history with 22 goals and 123 points in 624 points split between the Stars, Senators and Columbus Blue Jackets.