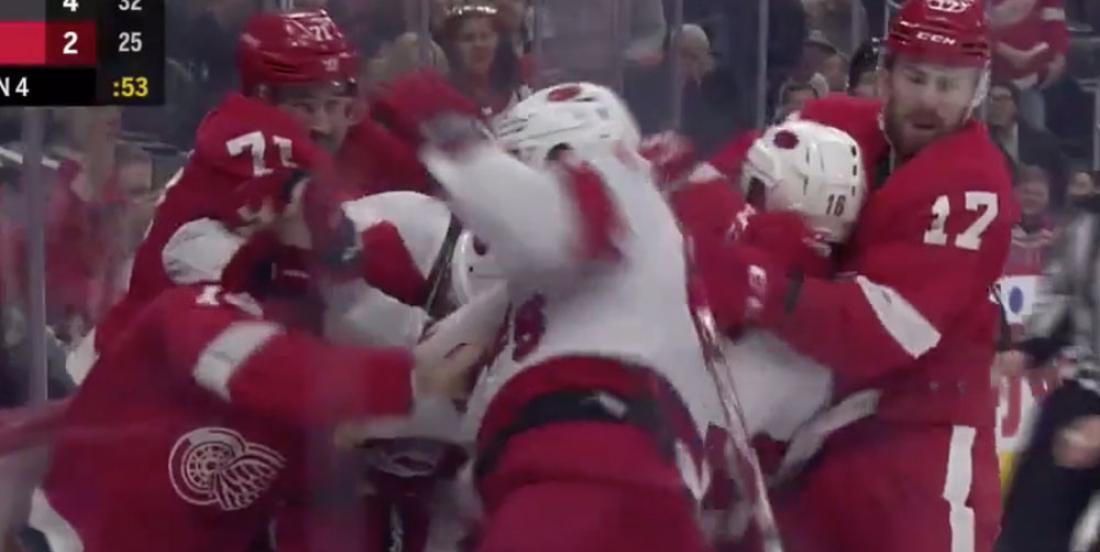 The Carolina Hurricanes might have been leading the game with a few minutes to go, it seemed like there was not enough action for goalie Petr Mrazek.

With three minutes to go, Mrazek decided to move into Robby Fabbri’s skating line to bump into him. While the move isn’t dangerous at all, the Detroit Red Wings weren’t pleased with it and a vicious scrum broke out because of it.

After the officials managed to separate everyone and get the penalties in order, veteran forward Justin Williams couldn’t help but skate over to his goaltender to joke about his play…

The funny thing is that Fabbri ended up with the interference on Mrazek and a roughing penalty on Haydn Fleury, who got one in return. Canes’ Vincent Trocheck and Wings’ Tyler Bertuzzi both got handed misconducts.

We bet this spiced things up enough for Mrazek, who also got the 5-2 win over Detroit.