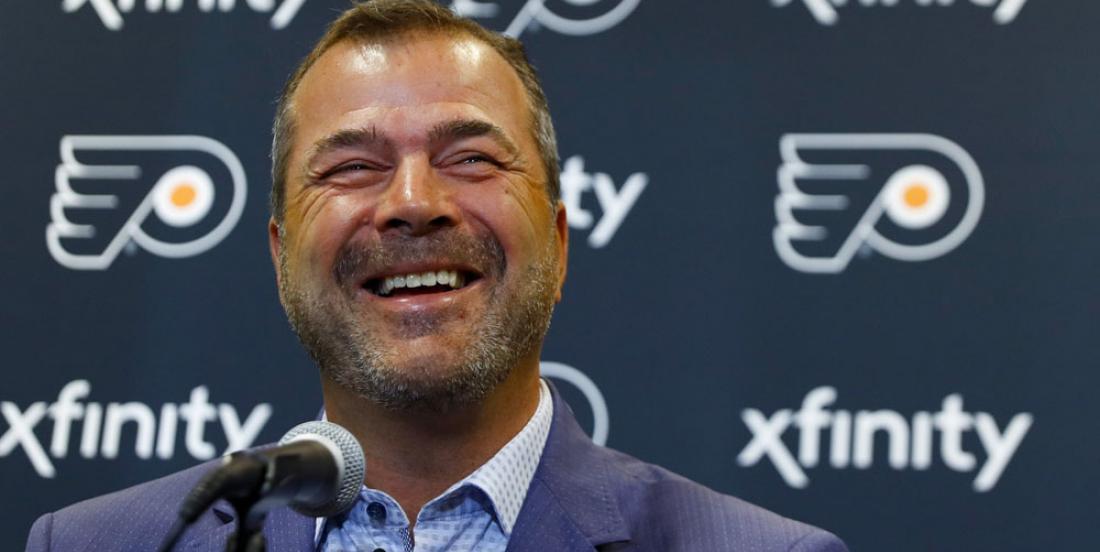 AV is officially on auto reply.

Alain Vigneault is officially on vacation.

With much of the league on its league mandated bye week and with the NHL All-Star Game festivities this upcoming weekend in St. Louis, the Philadelphia Flyers’ head coach is free to do as he pleases.

So, what’s the plan? Go over the power play? Scout some video? Nah…

Sippin’ martinis on a boat sounds like more fun…

You’ve got to hand it to AV. He also knows how to lighten things up and cut the tension in a locker room or a media scrum. There’s no denying the fact that he’s an experienced and well prepared tactician, but he’s also a personable guy who does a good job of communicating with his players and the media. Ask anyone who knows AV from his time with the New York Rangers and Vancouver Canucks and you’ll be hard pressed to find someone who will say something negative about him. He’s simply a good dude.

He’s also been a big part of the Flyers’ turnaround this season. Under Vigneault, the Flyers are 27-17-6 this season and just one point out of a Wild Card playoff spot. At this point last season under former head coach Dave Hakstol, the Flyers were 21-23-6… quite an improvement under AV.

With a healthy Carter Hart back in goal and a well rested AV behind the bench, the Flyers will be ready for a healthy playoff push in the later third of the 2019-20 season. Let’s go, boys!