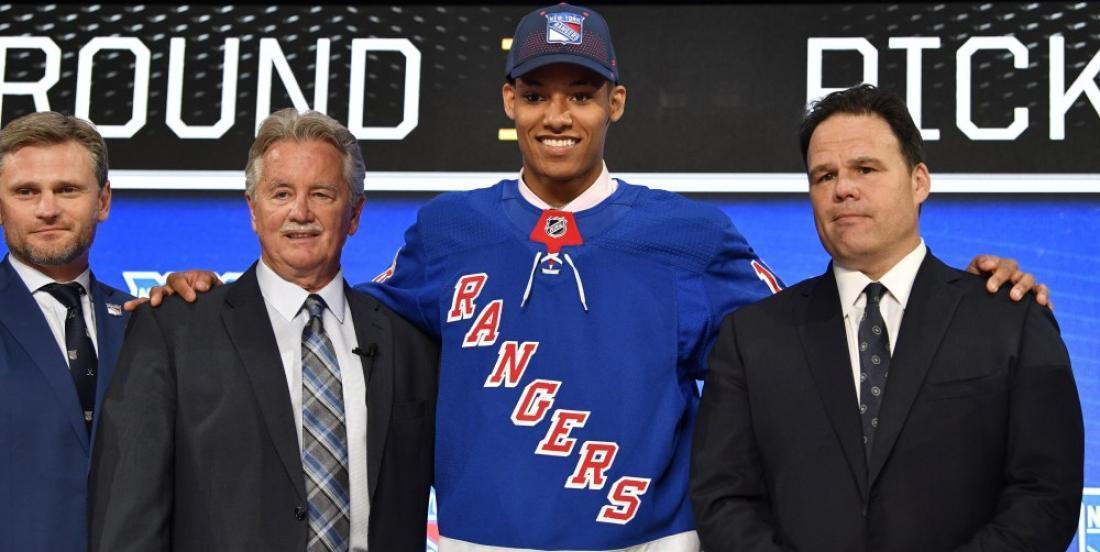 The New York Rangers are trying their best to entertain fans during the NHL shutdown due to the COVID-19 pandemic, and it all turned for the worst on Friday afternoon all because of one stupid individual.

As Rangers’ prospect K’Andre Miller took the time to answer questions from fans about his personal life and his hockey career, one vile individual posted several racial slurs.

The Rangers released a statement Friday evening saying they it disabled the racist commentary as soon as possible. Here is the full statement from the team:

“We held an online video chat with fans and New York Rangers prospect, K’Andre Miller, during which a vile individual hijacked the chat to post racial slurs, which we disabled as soon as possible. We were incredibly appalled by this behavior, which has no place online, on the ice, or anywhere, and we are investigating the matter.”

The National Hockey League also released a statement on the incident:

“The National Hockey League is appalled that a video call arranged today by the New York Rangers to introduce their fans to one of the League’s incoming stars, K’Andre Miller, was hacked with racist, cowardly taunts. The person who committed this despicable act is in no way an NHL fan and is not welcome in the hockey community.

“No one deserves to be subjected to such ugly treatment and it will not be tolerated in our League. We join with the Rangers in condemning this disgusting behavior.”

This is ridiculous. This person should never be allowed in an NHL arena - for the rest of his stupid life!