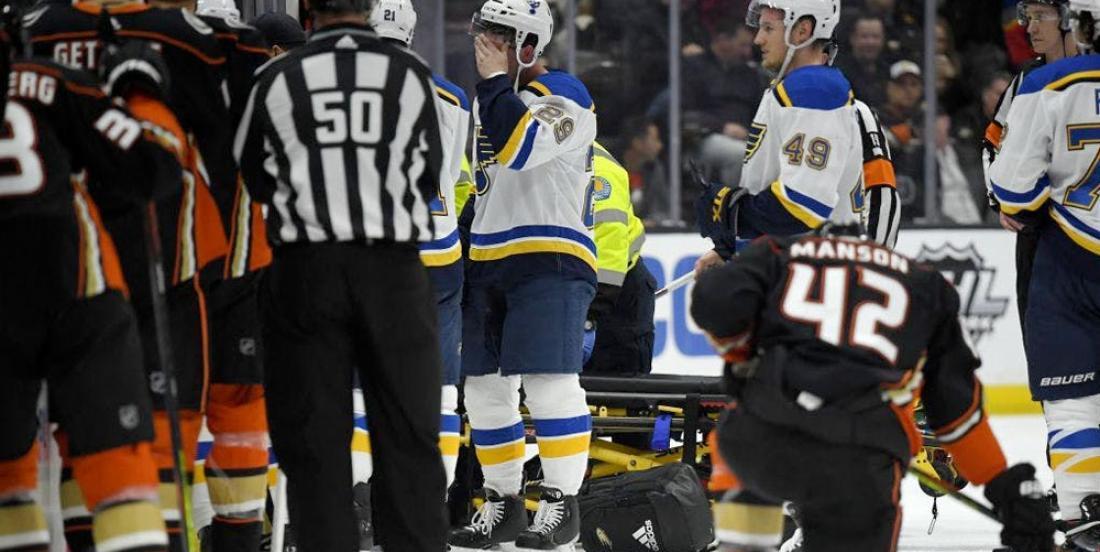 But, last night's game was officially "postponed" meaning that a make-up game will have to be played at some point. But, the score was 1-1 and there was still over seven minutes remaining in the first period... so what happens in this makeup game? Do they start at 1-1 with 7:15 on the clock? Or start from scratch?

Blues GM Doug Armstrong met with the media earlier today to offer an update on Bouwmeester's health when that exact question came up.

The audio isn't isolated, but you can see his response below:

So, in effect the two teams will play a new 60 minute game, but we'll start at 1-1. The goal scorers from last night will still be credited with their goals and assists, but the makeup game will essentially be a brand new game.