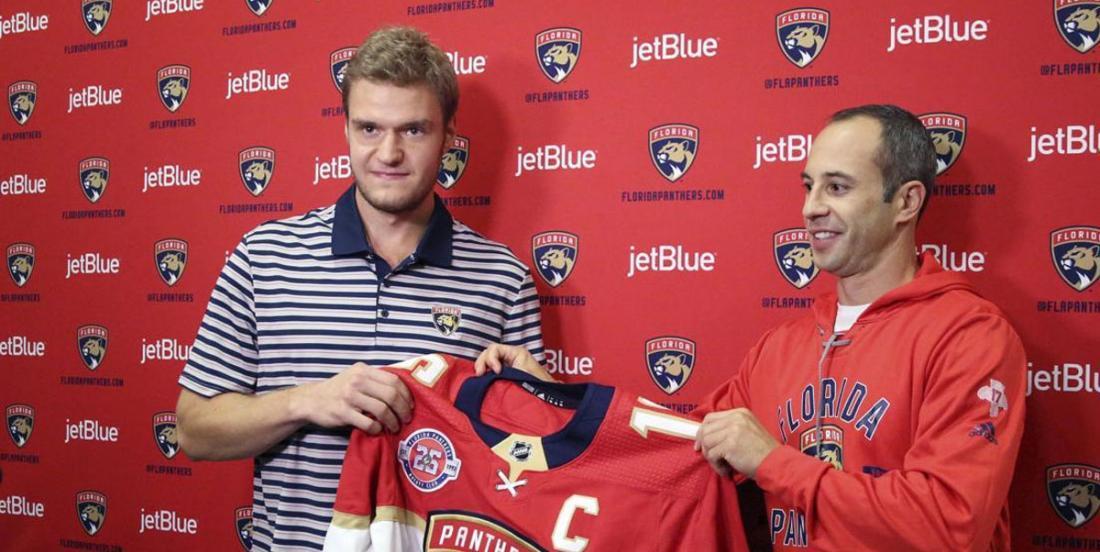 Wow! Let’s see how if affects the Panthers’ season now.

Last week, a shocking change took place in the Florida Panthers’ dressing room. The Panthers announced that Aleksander Barkov would be their new captain for the 2018-19 season. Barkov became the ninth captain in Panthers history as he took the role from Derek MacKenzie, a 37-year-old veteran that held the role for two seasons.

Barkov’s predecessor, MacKenzie, is still rostered with the Panthers for the upcoming season. He has only had one season of scoring over 15 points since being named the team’s captain. This season will be the last on a contract that he signed back in July of 2017, a two-year deal with an average cap hit of $1.375 million.

One member of the club knew exactly how it would feel for MacKenzie and shared with NHL insider Elliotte Friedman what really happened during the captaincy change in Florida. Roberto Luongo remembered what happened when he let the role of captain go to Henrik Sedin when the star goalie was with the Vancouver Canucks. In the Sportsnet’s 31 Thoughts column, Luongo told Friedman how things went down:

Florida made a captaincy change at the start of camp, with Derek MacKenzie handing the “C” to Aleksander Barkov. For one Panther, it was deja vu. Eight years ago, Roberto Luongo ceded the title to Henrik Sedin in Vancouver.

“I remember thinking that Henrik was ready to take over,” Luongo said last week. “There were no hard feelings. It was time to focus on playing goal and not on the other stuff.” Did he talk to MacKenzie to ease him through it? “He told me, we chatted for a few minutes. He understood, he’s been around a long time. Eventually we all knew it was coming. The future of our team is Barkov and the young guys. We know. Nobody had hurt feelings.”Luongo laughed and said, “You have to remember how happy we were for Derek. It’s not often a fourth-line plug gets to be captain. Nothing changes, he’s still a leader.”

This will surely bring the team together moving forward. The Panthers are focused on the future and that is only a good sign for the fans and the players.