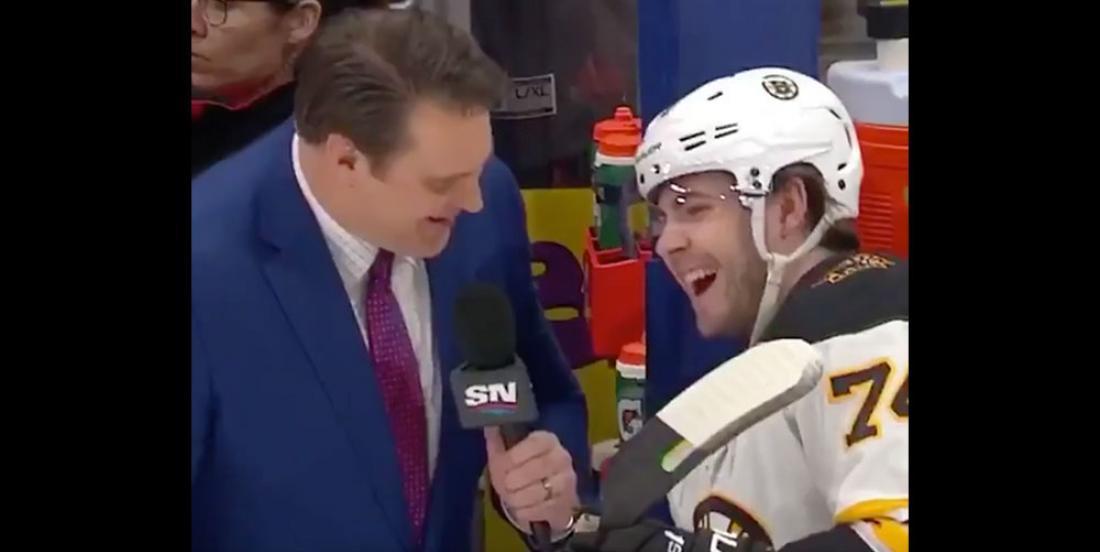 The visiting Boston Bruins managed an overtime victory over the Edmonton Oilers last night, thanks in large part to David Pastrnak and his league-leading 43rd goal of the season.

The Bruins continue to roll and have now put four consecutive wins together and are 9-1-0 in their last 10 games. Pretty impressive.

Obviously the team’s superstar players like Pastrnak, Brad Marchand and Patrice Bergeron are leading the way, but secondary star players like David Krejci, Torey Krug and Jake DeBrusk are also making a big impact. In the case of DeBrusk, he looked especially fired up last night to be playing in his hometown. DeBrusk, of course, was born in Edmonton when his father was a tough guy enforcer for the club. Now, the elder DeBrusk covers the Oilers (And other teams) for Sportsnet in Canada while his son carries on the DeBrusk tradition with the Bruins. The father and son pair caught up for a wholesome pregame interview prior to last night’s affair.

Jake seems like a chip off the old block, to be honest. These two act more like brothers or old friends than father and son and we’re all so fortunate that they allow us to see this side of them. Fantastic stuff!