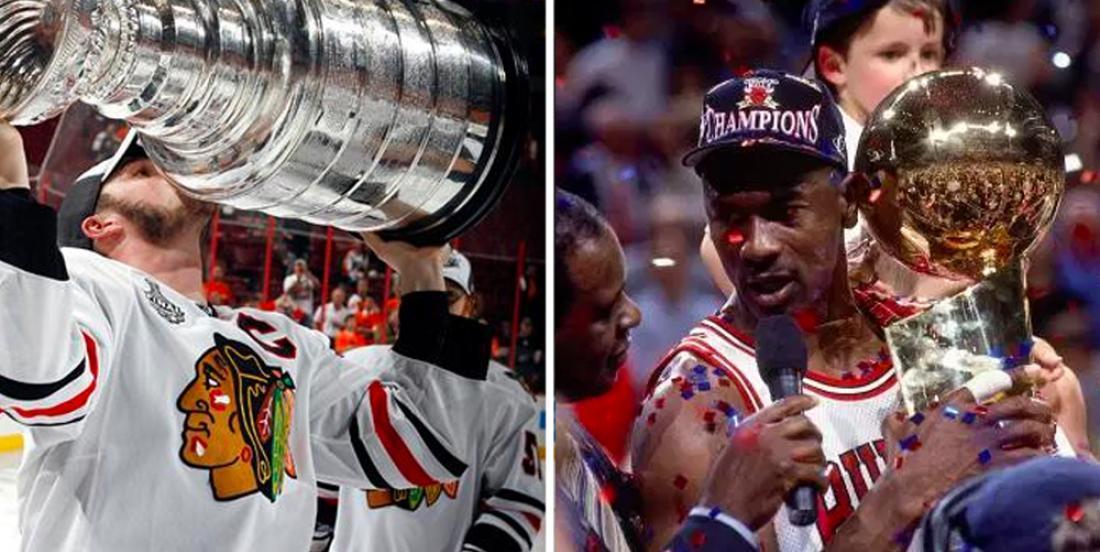 An incredible story straight from Coach Q himself.

If you’re like a lot of sports fans with little to watch these days, you’ve likely got yourself wrapped up in the ESPN mini-series “The Last Dance” chronicling Michael Jordan and the story of the 1998 Chicago Bulls. It’s a fantastically produced documentary series that offers sports fans an unprecedented look behind the scenes of one the greatest teams in sports history.

And here’s the thing… it’s not just us Joe Six Packs out there who are lapping up “The Last Dance”. A couple other Chicago champions are into it, as well and now they’re sharing their own version of “The Last Dance”.

Earlier this week former Chicago Blackhawks head coach Joel Quenneville and former Blackhawks forward Kris Versteeg shared their thoughts on the 2010 Stanley Cup winning Blackhawks team and discussed why they thought it was their last shot at a Stanley Cup in Chicago.

That team ultimately went on to win the Cup in 2010 and then again in 2013 and 2015, so it’s hard to imagine the players seeing their 2010 run as a “last dance” but remember what transpired just days after Jonathan Toews and company lifted the chalice. The Blackhawks were in a major cap crunch and were forced to part ways with: Versteeg, Andrew Ladd, Dustin Byfuglien, Antti Niemi, Brent Sopel, Adam Burish, Ben Eager, John Madden and Colin Fraser. That’s nine players taken off of a championship roster.

“I would have liked to seen it have an opportunity, but obviously, at the same time, we’re all in this, too, to make a living, and you got to get paid as well,” Versteeg said of the team breaking up. “It is tough the way the cap works out, but I’m just glad we got to do it. Because we had one year to do it. That’s what was tough. “

“There was a lot of pressure on us internally too. We talked about it. We all knew it was going to be it and we had to try to do it in one year, and that’s why I was pretty proud of that group.”

Versteeg would re-join the Blackhawks in time for their last Cup victory in 2015. Quenneville, of course, was there for it all and he believes there’s real merit in comparing the ’98 Bulls to his 2010 Blackhawks.

“To an extent there,” Quenneville replied. “We were so deep and talented. It was all these guys in every position. When we went four lines deep. We had to sit some guys out that you knew are going to be good players that were not going to be happy with your decisions.”

“And we had all these young guys that were on entry level contracts that were going to be impact players on other teams. We’d obviously like them on our team. Buff was included in that group. And we had to make some decisions and some real tough ones as well.”

“It wasn’t because of the talent, it was based on money. And those decisions were made, and the fact that the players knew it at that time was something that, as a coach, you’re not even thinking about that. You’re only thinking about winning and doing everything we can to get everybody to compete and push one another in a positive way.”

In the end we know how things played out for the Blackhawks. Three Cups in five seasons is an incredible measure of success, especially by today’s standards. But the question is still out there… what if management were able to keep that 2010 Blackhawks’ team together? How many more championships might the city of Chicago have?