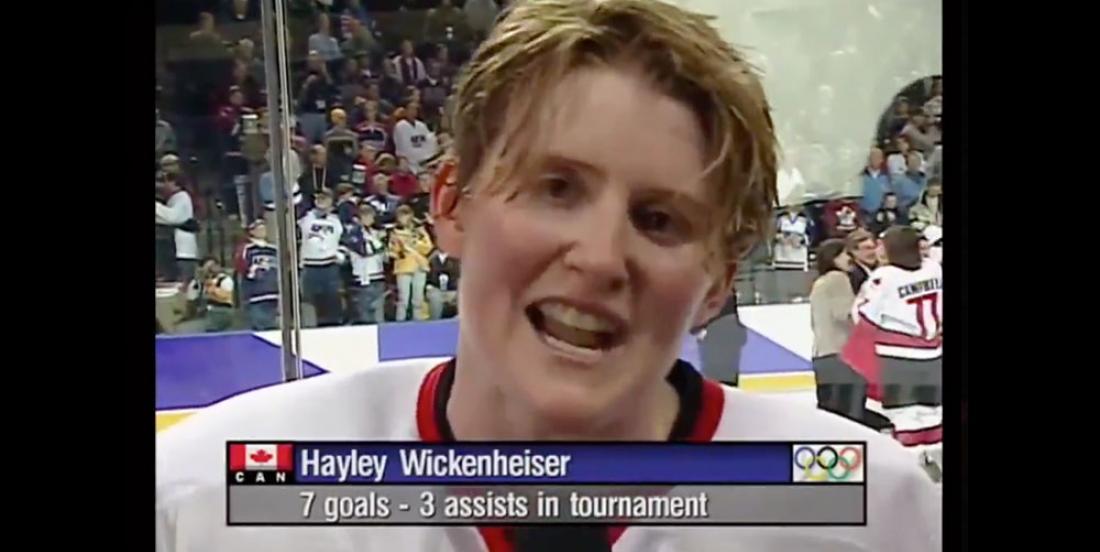 Legendary Canadian women’s hockey player Hayley Wickenheiser was officially inducted into the Hockey Hall of Fame last night in Toronto, Ontario. The four time Olympic gold medalist and two time Olympic MVP was as classy as ever in her award acceptance speech, only reiterating what an absolute treasure she is and has been for the women’s game.

Wickenheiser was a fierce competitor on the ice and a gracious and well respected ambassador for the sport off the ice. In a career full of defining moneys though, no other moment defines Wickenheiser as much as her post-game interview after defeating Team USA for the gold medal at the 2002 Winter Olympics in Salt Lake City, Utah.

If you recall, the Canadians were out-penalized 13-6 in a lopsided game. It certainly looked like the officials were Hell bent on having the Americans earn a gold medal on home ice. But… well, Hayley wasn’t going to let that happen. The Canadians held on for a 3-2 victory and Wickenheiser gave this legendary post-game speech:

“The Americans had our flag on their floor in their dressing room and now I want to ask them if they want us to sign it.”

The raw emotion. I don’t know about you, but I’m ready to run through a god damn brick wall for that woman. What a leader.