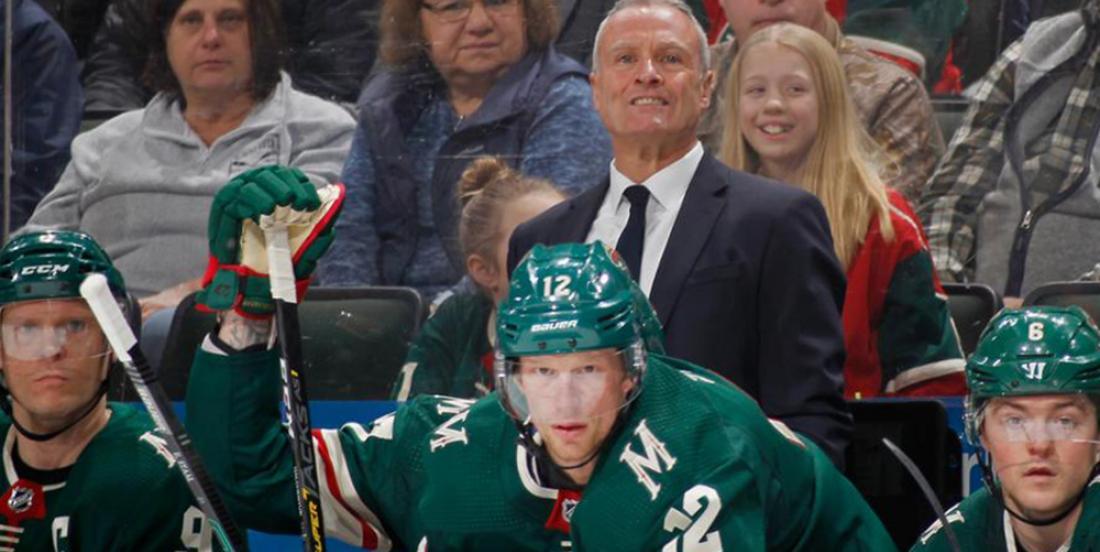 Interin head coach Dean Evason will remain behind the bench if and when the Minnesota Wild resume play during the 2019-20 NHL season. Wild general manager Bill Guerin made the announcement yesterday that he has no plans to interview any potential candidates during the NHL's COVID-19 pause.

"Other people can do what they want, but to me personally, it doesn't seem the time or place to do that," Guerin said. "If we come back (this season), hopefully we do, we already went through one coaching change. I want to give the guys the consistency of Dean's thoughts and give Dean that opportunity too. And I'm very happy with him."

Evason, of course, replaced longtime Wild head coach Bruce Boudreau on Feb. 14, when Wild were 27-23-7 and just three points behind the Arizona Coyotes for the second Western Conference wild card playoff spot. The team has gone 8-4-0 in 12 games under Evason.

"He's done a great job and the guys have responded well," Guerin said. "He's got good communication with the players. He's got an ability to see it as a former player. I like the passion that he brings, but also the detail in the game that he brings. Dean's a good coach."

While Guerin guaranteed that Evason will be back if and when the NHL season resumes, he made it clear that nothing is guaranteed for the 2020-21 season. "I'm going to figure out afterwards," Guerin said.

The rookie GM went on to talk about the challenges that he's faced in his first season, a challenge that no one could have foreseen given the world's current situation. "But I think most of the GMs could say that," he said. "They haven't been involved in a pandemic like this. But it's my first year and, hopefully, I'll never see it again."

"The last couple days I've been making calls and just checking in with them personally just to see how they're doing, mentally, physically, how their families are holding up and all that stuff," Guerin said. "It's just something I want to maintain the communication and the contact with them. I just think it's important."

If the 2019-20 season resumes the Wild could find themselves in a tough spot. Currently the team is one point out of a playoff spot. Guerin is hoping that the schedule allows for some regular season games so that his team has a "fair shot" of getting into the postseason.

"It's really tough to say because I'm sure there are a million different ideas," Guerin said. "I just want us to, honestly, have a fair shot of getting in. We don't want any favors or anything like that, but we were right there playing our best hockey and I have confidence in our group. So, whatever it is, we just want the opportunity to be able to play in the playoffs."

Guerin acknowledged "it would be tough" if there isn't time to play regular-season games and the Wild miss qualifying for the playoffs by one point.

"It really would, just because I know what the players and the coaches have put into it and how they've fought back," Guerin said. "But we're not really thinking like that. We're thinking that we're going to get in. Like I said, I don't know what the format will be, but if we have an opportunity, we're confident we can let our play speak for itself."

Check out the full interview with Guerin from Tom Gulitti: