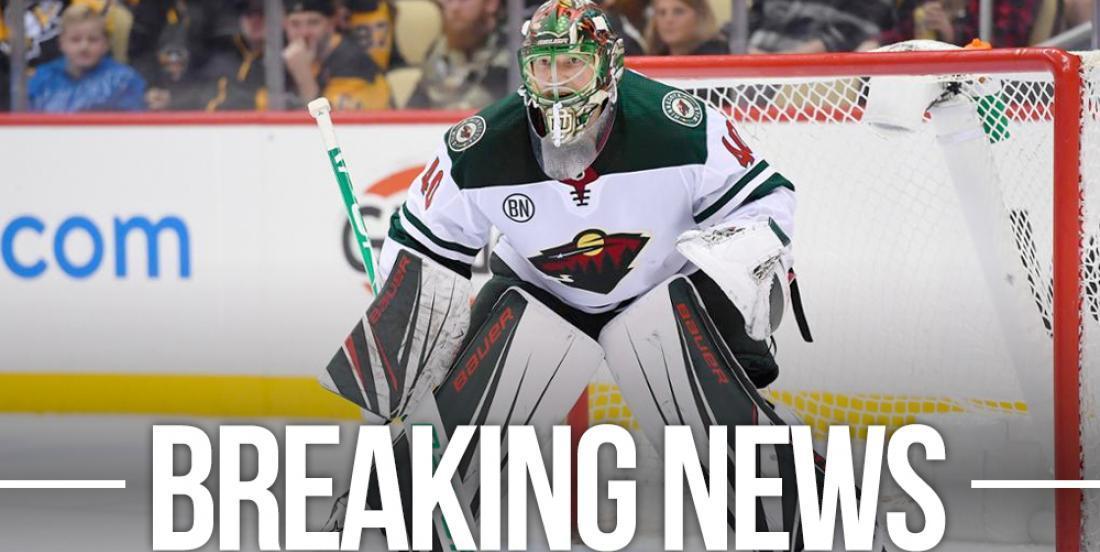 According to a report from Minnesota Wild insider Michael Russo, the team has traded longtime goaltender Devan Dubnyk to the San Jose Sharks.

According to Russo, the Wild receive a 2022 5th round pick in exchange for Dubnyk and a 2022 7th round pick. Most importantly though, the Wild retain the maximum 50% of Dubnyk's salary for next season meaning that the Wild will be forced to carry a $1.25 million cap hit for Dubnyk in 2020-21.

UPDATE: And now it's official. The Sharks have confirmed the trade.

The Wild have also confirmed the deal.

Why not just buy him out, you ask?

In short, this was the cheaper option for Wild general manager Bill Guerin.

While the rumors of this trade have been rumbling for awhile now, it seems that Guerin took his time in finding a new home for Dubnyk. It was reported that Dubnyk had a 10 team no trade list, but that Guerin mostly tossed that list out the window and asked Dubnyk where he'd like a fresh start. Because Dubnyk has a long history with Sharks "goalie whisperer" Adam Francilia, the Sharks were at the top of his list. Full credit to Guerin for not only giving Dubnyk a fresh start, but for going out of his way to ensure that the longtime Wild netminder is happy with his next destination. No one would have faulted Guerin if he kicked Dubnyk to the curb, but the fact of the matter is that he cared enough about his goaltender to not "do him dirty" this offseason. Kudos to Guerin and team for doing the right thing.

With the Devan Dubnyk Era now officially over in Minnesota, it appears that the team will turn to veteran Alex Stalock and 24 year old Kaappo Kahkonen (Not to be confused with New York Rangers youngster Kaapo Kakko) in 2020-21.