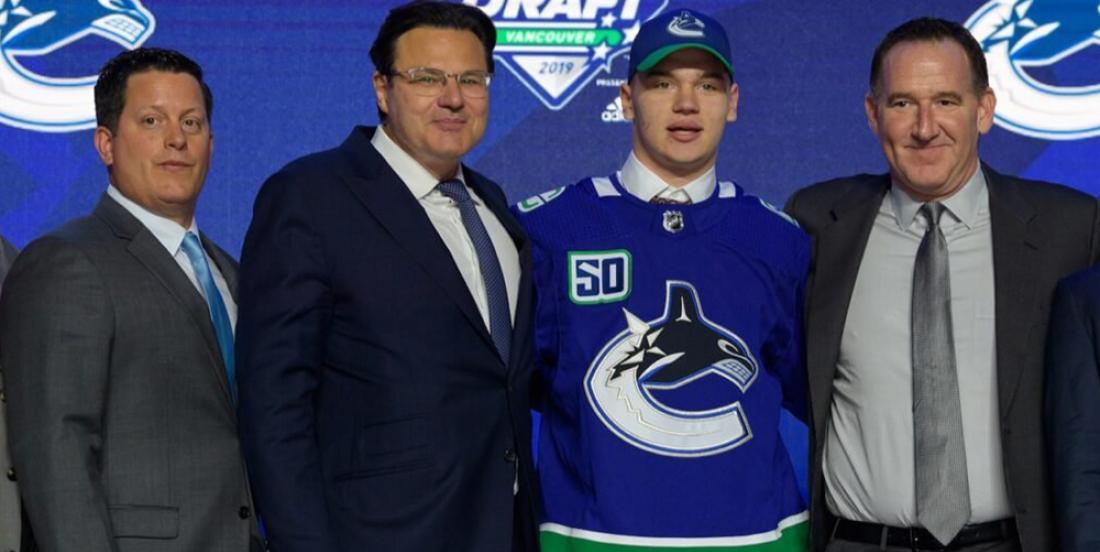 Earlier this spring the Vancouver Canucks announced that they’d be parting ways with long-time head of scouting Judd Brackett. Brackett had been with the Canucks for 12 years and is the man responsible for scouting and drafting the team’s young core of Elias Pettersson, Quinn Hughes and Brock Boeser.

Canucks GM Jim Benning reportedly handed over the reigns of the team’s scouting to Brackett after swinging and missing badly on 5th overall pick Olli Juolevi back in 2016. Since then Brackett has convinced the Canucks to select Pettersson over Benning’s preferred choice Cody Glass in 2017 and Quinn Hughes in 2018. It’s believed that Brackett was behind the Canucks’ controversial selection of Russian Vasili Podkolzin in last year’s draft, as well.

Given Brackett’s status amongst the NHL’s very best talent evaluators, it’s no surprise that he’s been scooped up by another NHL team. According to a report from Minnesota Wild insider Michael Russo of The Athletic, the Wild have hired Brackett as their new head of scouting.

The 43-year-old Brackett comes to the Twin Cities fresh off a 12-year stint with the Vancouver Canucks, the past five as their director of amateur scouting during a span in which the team gobbled up such gems as Elias Pettersson and Quinn Hughes. After a very public and unusual breakup with the Canucks allowed him to become a “free agent” on July 1 despite never getting to work his final draft with the club, Brackett ended up unemployed barely a week and will hold the same title with the Wild.

It's believed that a power struggle between Brackett and Benning ultimately led to Brackett's departure from the Canucks' organization. Rumours are that Brackett craved more power and autonomy within Benning's ranks but Benning, a former head of scouting himself, wasn't comfortable relinquishing what Brackett was seeking. The two sides agreed to part amicably, much to the dismay of Canucks fans who have watching Brackett and Benning transform the Canucks from a tired, old veteran laden team into a young, fast and dynamic group.

The hope is that Brackett can help transform the Wild in a similar fashion.