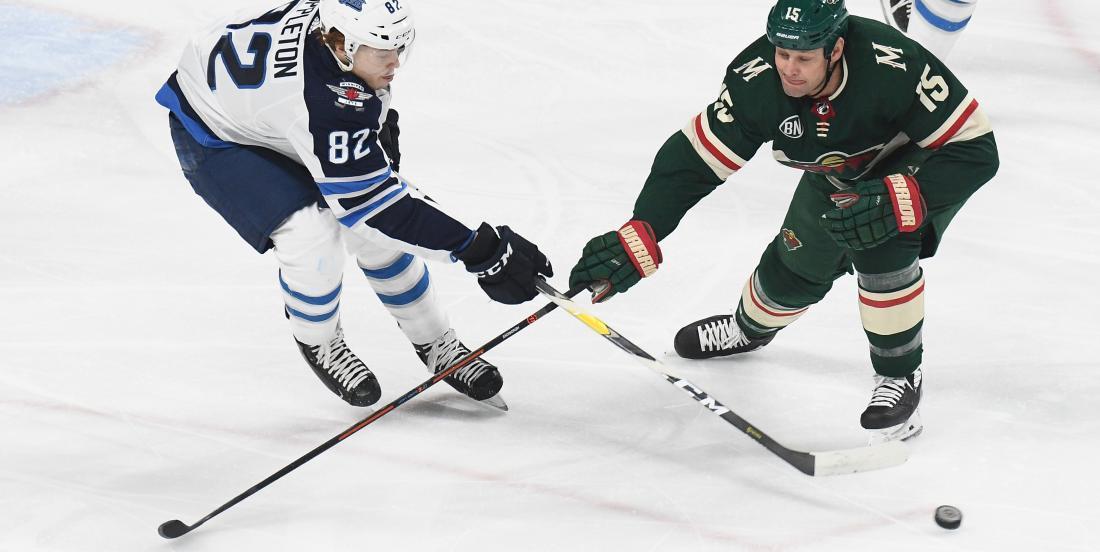 The Wild will face  the Winnipeg Jets tonight at Bell MTS Place in Winnipeg. They will be looking for a win in order to avoid the worst start to a season in the franchise's history.

Minnesota currently sits at the bottom of the Central Division having played only to games and having lost both. Divisional rivals Winnipeg are having a lukewarm start to their season, having already played 4 games with a record of 2-2-0. Minnesota had gone 5-0-0 against the Jets last season but nothing is certain in Hockey and the Jets boast a powerful and talented offense.

Here is how the Minnesota Wild are projected to lineup this evening according to NHL.com correspondent Darrin Bauming:

Victor Rask and Nick Seeler are healthy scratches and Greg Pateryn is injured.

The Jets' lineup will feature the likes of Patrik Laine, Mark Scheifele, Blake Wheeler and Kyle Connor but they will be missing the services of Bryan Little and Nathan Beaulieu. Let's not forget that big-man Dustin Byfuglien is suspended and that Winnipeg have also lost Jacob Trouba and Tobias Enstrom during this offseason.

Without the aforementioned key members of the Jets' defense from last season, Winnipeg will most likely be struggling defensively tonight and throughout the season. Again, nothing is certain in Hockey but Boudreau's Wild who outscored the Jets 18-8 last season will decidedly want to capitalize on the Jets' struggles and net a few more tonight in order to save the beginning of their season.