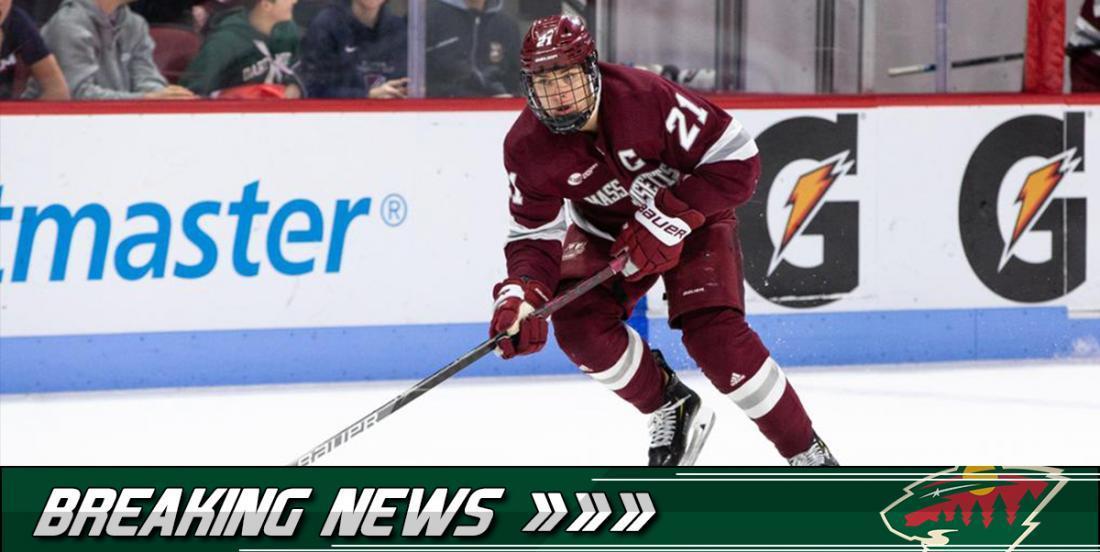 This just in, the Minnesota Wild have signed NCAA free agent Mitchell Chaffee to a two year, entry level contract.

The 22 year old forward recently finished his junior season with the University of Massachusetts, scoring 16 goals and 29 points in 30 games.

Read below for the full press release announcement of today’s signing courtesy of the Wild’s official website:

Chaffee, 22, recorded 29 points (16-13=29) in 30 games during his recently completed junior season at the University of Massachusetts. The 6-foot, 205-pound winger served as co-captain and ranked T-1st on the Minutemen in power-play points (9), second in goals, power-play goals (3), game-winning goals (3) and shots on goal (101), fourth in assists and fifth in plus/minus rating (+16). The native of Grand Rapids, Mich., ranked T-7th in the Hockey East Conference in goals and GWG, eighth in shots per game (3.37) and T-12th in shots on goal. The right-shot forward collected 13 points (8-5=13) in a career-best eight-game point streak, Oct. 19-Nov. 22, and registered his first career hat trick Jan. 17 at Vermont.