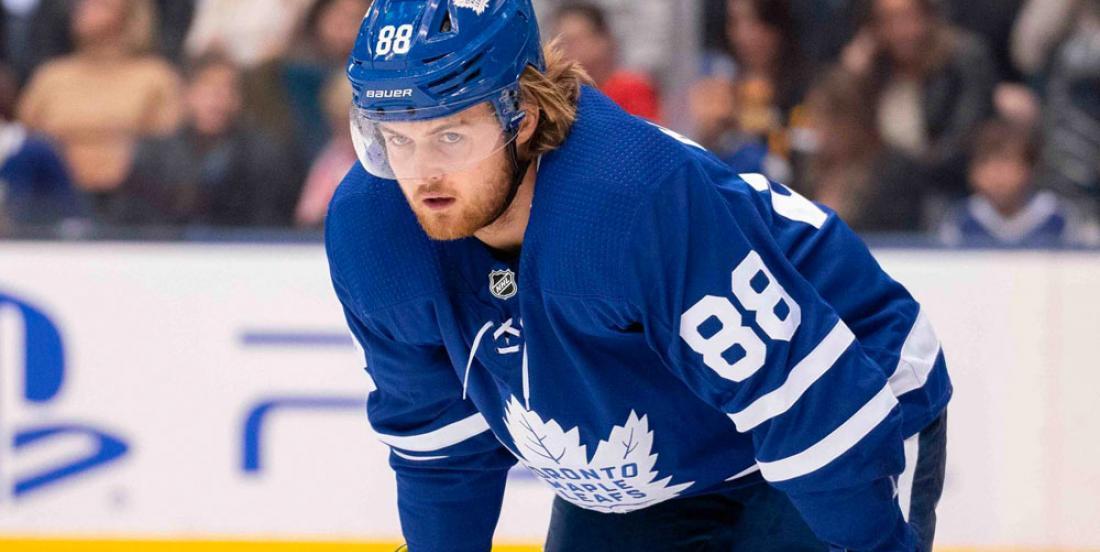 Is this it now?

We all know that the Toronto Maple Leafs will have to move some pieces around in order to get under the flattened salary cap for the 2020-21. TSN’s Frank Seravalli spoke about it on last night’s Insider Trading, explaining how  general manager Kyle Dubas will need to be creative to respect the cap.

“Their plan is to stay at as close to 20 players on the roster as possible. Maybe carrying 21 players on game day, shuttling a waiver exempt player down to the minors to accrue salary cap space at the beginning of the season on off days. And then after that, once they have some space banked up, then they can begin to get creative if need be later in the season. But guys, if there was going to be any point in which you want to try and budget to the minimum of the cap possible, it’s in this season because of the roster space considerations and the COVID-19 crunch. And who knows what next season is going to look like? You’re probably going to have some exempt cap players that are going to be travelling with your team at all times. So smart move by the Leafs in that case and that’s how they play to attack this at the moment.”

However, the signing of forward Ilya Mikheyev to a two-year contract has prompted new trade rumours in Toronto and once again, it involved William Nylander, who is back trending on social media.

The thing is, fans are happy that Nylander only makes $6.9M and will be doing so for the next four years. He could have one of those underrated contracts, which of course, would make it so appealing on the trade market. However, would it be the right move for the Leafs to get rid of him, especially just in order to make room on the salary cap? Nylander’s contract is so good for what he’s producing and fans are hoping that this trend will only last a couple of days, once Dubas figures out how to move a smaller salary off his load. After all, the Maple Leafs are just $175.2k above the salary cap after signing Mikheyev to a two year contract at 1.645M AAV. In a non-salary cap world, there would be no reason to deal him.

The big names (and salaries) that the Maple Leafs were after this offseason are off the market, so it would be useless to move Nylander for so little money over the cap.

But you knew it as soon as the Leafs went over the salary cap last night: the Nylander trade rumours were going to come back.