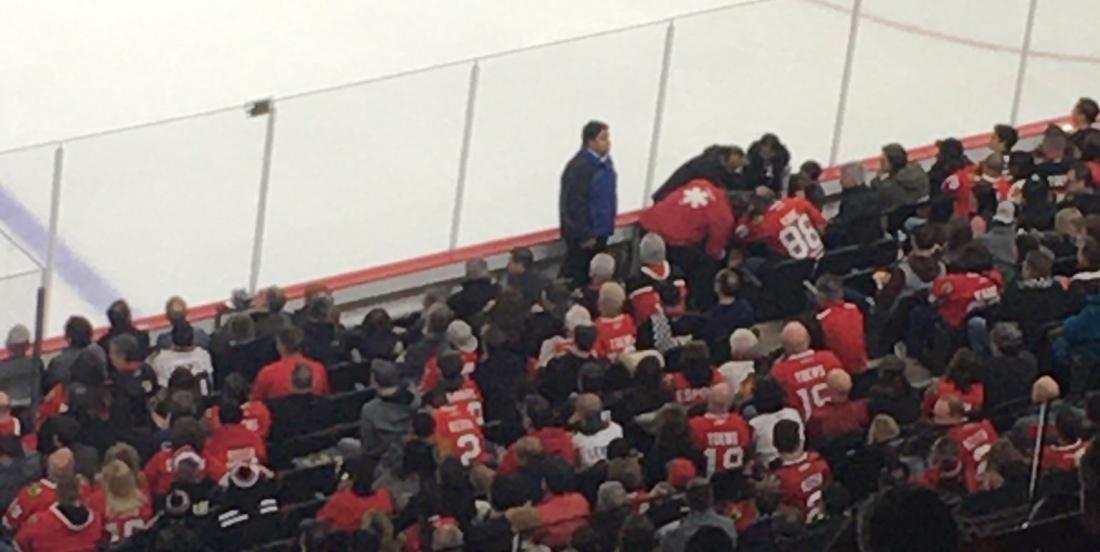 It was a great night in Chicago on Tuesday night as the Blackhawks and the fanbase were celebrating the return of head coach Joel Quenneville.

He and his Florida Panthers were in town and fans were looking forward to the game. However, in the second period, a scary scene took place in the stands of the United Center as the Panthers took a 2-0 lead.

A woman near the boards was hit by a puck over the glass and medics needs to tend to her quickly. The fan was later stretchered out of stands. Team insider Ben Pope of the Sun Times tweeted about the incident:

We certainly hope the injured woman isn’t in danger and will recover from her injuries.

It had to be bad luck or a sneaky puck that got out since most NHL arenas are set with safety nets to protect fans. All the best to this poor woman.