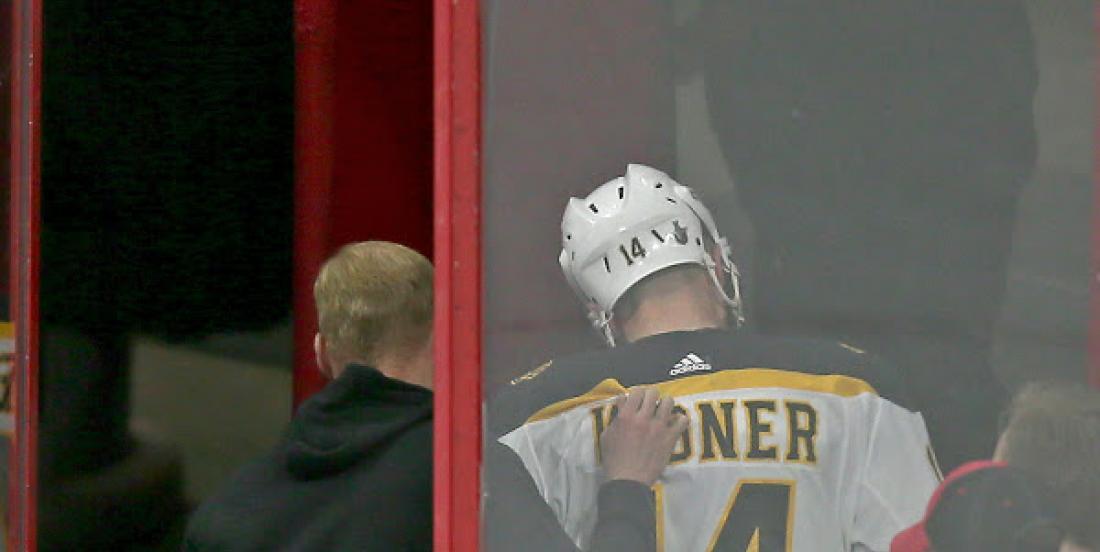 There is no doubt about it: Chris Wagner was a key player in the Boston Bruins’ 2-1 win over the Carolina Hurricanes to take a 3-0 lead in the Eastern Conference finals last night.

He scored the first goal of the game last night, but most importantly, blocked Justin Faulk’s slapshot with his right forearm in front of his goalie Tuukka Rask in the dying moments of the third period. He was holding his arm when he left the ice and went to the dressing room.

His status for Game 4 Thursday is uncertain, especially after team insider Fluto Shinzawa of The Athletic reported that Wagner was seen wearing a sling on his right arm as he exited the PNC Arena last night. The insider also noted that Wagner has flown back to Boston to get evaluated.

“I thought he was terrific tonight,” head coach Bruce Cassidy said after the game. “Right now I don’t have an update. Not good right now. He came off in a lot of pain. I’ll probably have something tomorrow.”

With Wagner unavailable for Game 4 on Thursday, Cassidy is expected to go back to Noel Acciari, who’d been out with an undisclosed injury, and was cleared to play before the Tuesday’s game.