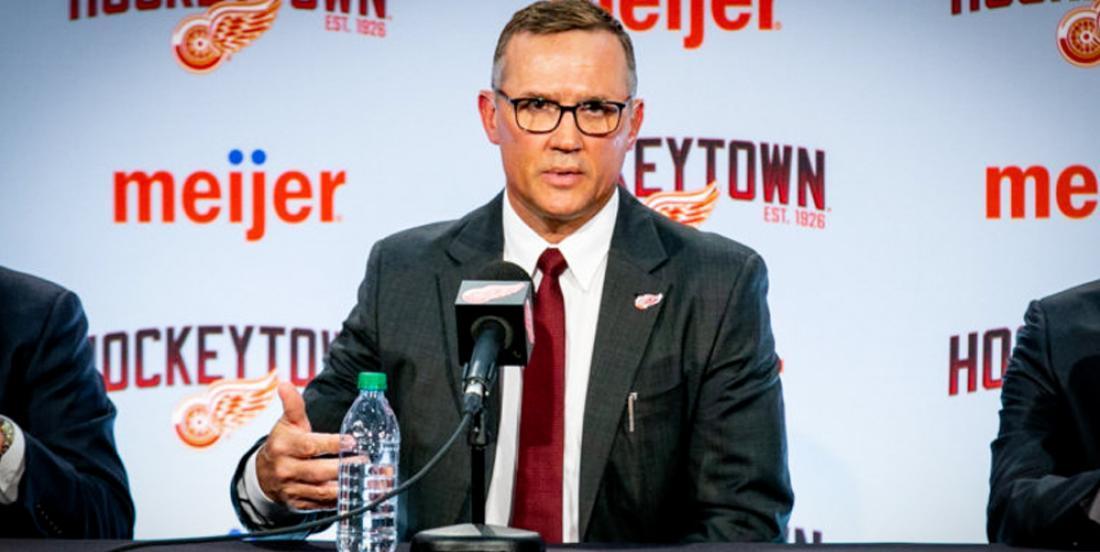 Detroit Red Wings general manager Steve Yzerman is wasting no time this offseason. The franchise icon turned front-office executive has already confirmed that head coach Jeff Blashill will return in 2020-21 and has outlined his plans for the 2020 NHL Entry Draft (whenever that is).

Now there’s a report that Yzerman and the Red Wings will officially, FINALLY name a captain to replace the departed Henrik Zetterberg. The team has no had a captain since Zetterberg retired in 2018.

Now, NHL insider Elliotte Friedman is reporting that indeed a captain will be named before the Red Wings next hit the ice.

Other things you may have missed from an active Wednesday: Detroit GM Steve Yzerman confirmed Jeff Blashill will remain as head coach and that the Wings will name a captain before next season. (You’re not going to get great betting odds on Dylan Larkin for that.)

Dylan Larkin has to be the guy, right?

I can’t imagine them choosing anyone else unless they go with a veteran like Darren Helm, Valterri Filppula or Justin Abdelkader. But… let’s be real: it’s Larkin. It’s only a matter of time until we see the Waterford, MI native skating around Little Caesar’s Arena with the “C” on his chest.