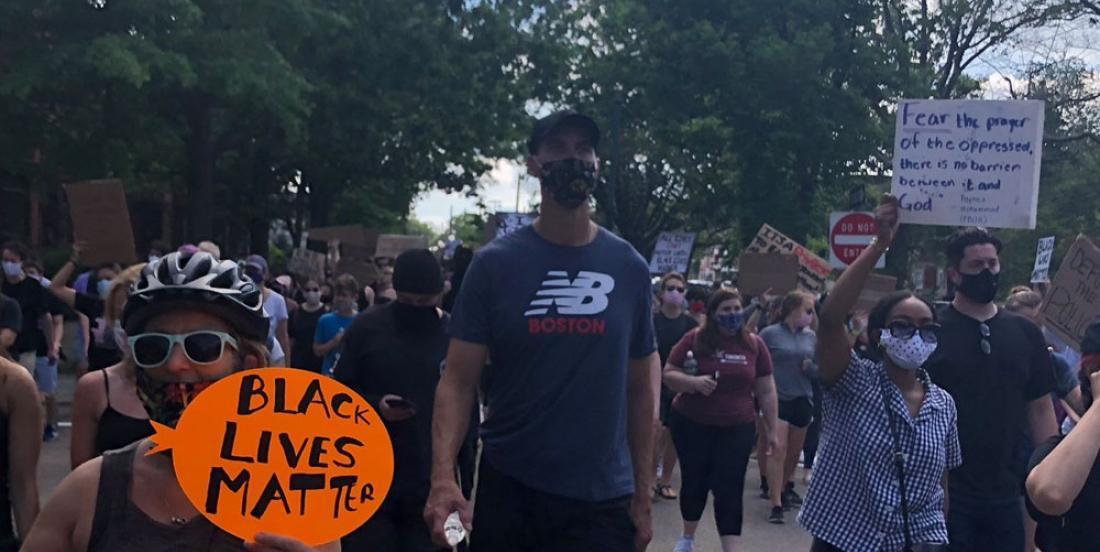 However, while the defensemen wanted to go unnoticed, you believe fans were quick to spot him out in the crowd.

That’s a great classy move by the Bruins’ captain. Action… not just words.

Several NHL players have openly and vocally lend their support to the Black Lives Matter movement. Chara was amongst the first ones to post a statement, sharing a message and petition about getting justice for Floyd.

No matter what your political or social leanings are, it takes real guts to put yourself out there the way Chara has. Kudos, big guy!