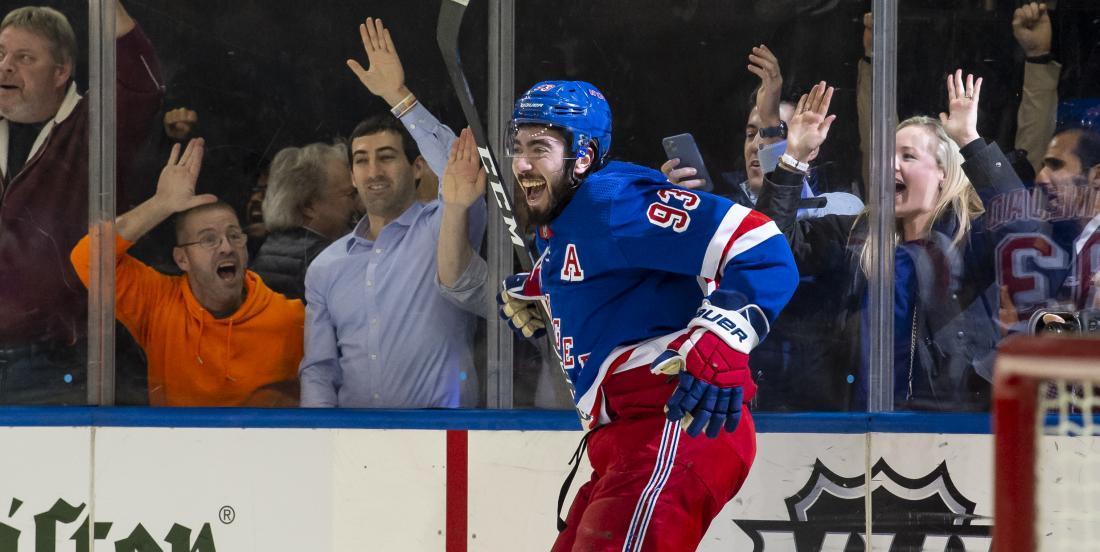 It may have taken him a couple of years to go from a very good player to an elite one, but Mika Zibanejad has earned the respect of his fellow Swedes along the way. Four Swedish hockey players, including Zibanejad, were involved in a recent conference call with NHL reporters and they all agreed that Zibanejad established himself as the top Swede in the league in 2019-20.

"The best Swede so far is in this call, it's Mika," said Tampa Bay Lightning defenceman Victor Hedman. "It's been impressive to follow him, above all the five-goal game against Backstrom's Capitals. That was pretty sick."

Nicklas Backstrom was also involved in the call. Despite being on the receiving end of that amazing five-goal game, Backstrom had nothing but good things to say.

“Mika's been unbelievable," said Backstrom, a center for the Capitals. "Even if I play on the opposite team, you are happy for him. That game was unbelievable. He's been the best, carried the Rangers on his shoulders and leads them towards a playoff spot. That means a lot when you value a player."

"It still feels a bit unreal to talk about it, like it never happened," Zibanejad said. "The game went forward and backward, as soon as a team scored the other tied or took back the lead. It was a fun game to play. It was a very fun night.”

"I have to agree with Nicklas and Victor, Mika has been fantastic," said Oliver Ekman-Larsson of the Arizona Coyotes. "A lot of Swedes have been good, but Mika has been the best."

Backstrom and Ekman-Larsson each said he believes Zibanejad will break the NHL record for most goals by a Sweden-born player, set by Hakan Loob, who scored 50 for the Calgary Flames in 1987-88. If not for the coronavirus pandemic, Hedman said he thought Zibanejad had a chance to be the first player to score 60 in an NHL season since Lightning teammate Steven Stamkos in 2011-12.