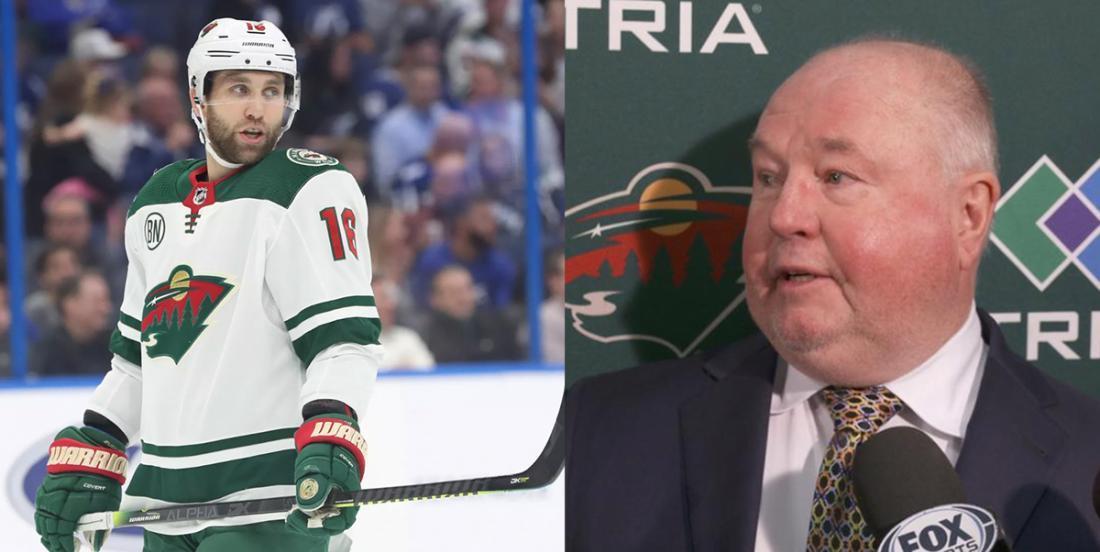 In the meantime, GM Guerin is looking at trade options…

Last Thursday, the Minnesota Wild was dealt a sixth loss and forward Jason Zucker had had enough. Right after the 4-0 blowout loss to the Montreal Canadiens, he called out his teammates and his head coach Bruce Boudreau.

Ever since Zucker got mad and called out his bench boss publicly, the team has been doing much better.

On Wednesday in his latest 31 Thoughts column on Sportsnet, Elliotte Friedman that Zucker apologized to Boudreau on the team plane right after he made the comments.

Two wins in a row for Minnesota after Jason Zucker’s outburst in Montreal . While it made a ton of noise because Zucker mentioned Bruce Boudreau by name, it sure sounds internally that everyone recognized what the player was trying to do. Boudreau himself wasn’t fuming, especially since Zucker went to him on the plane that night to apologize. (I would bet that if he ever does it again, he’ll leave the coach out of it.) As a media member, the only thing I hate about stories like this is we can’t stand cliches, then we rip people for being honest. They were losing and he was frustrated.

Friedman added that new GM Bill Guerin’s phone is ringing off the hook, however the general manager is taking his time and refuses to push the panic button.

“I’m getting calls,” he said last weekend, “but I’m not going to do anything just for the sake of it, or because things are emotional. Still evaluating.”

At least we know Zucker is willing to be emotional in public if that’s what it takes to get some wins on the record!