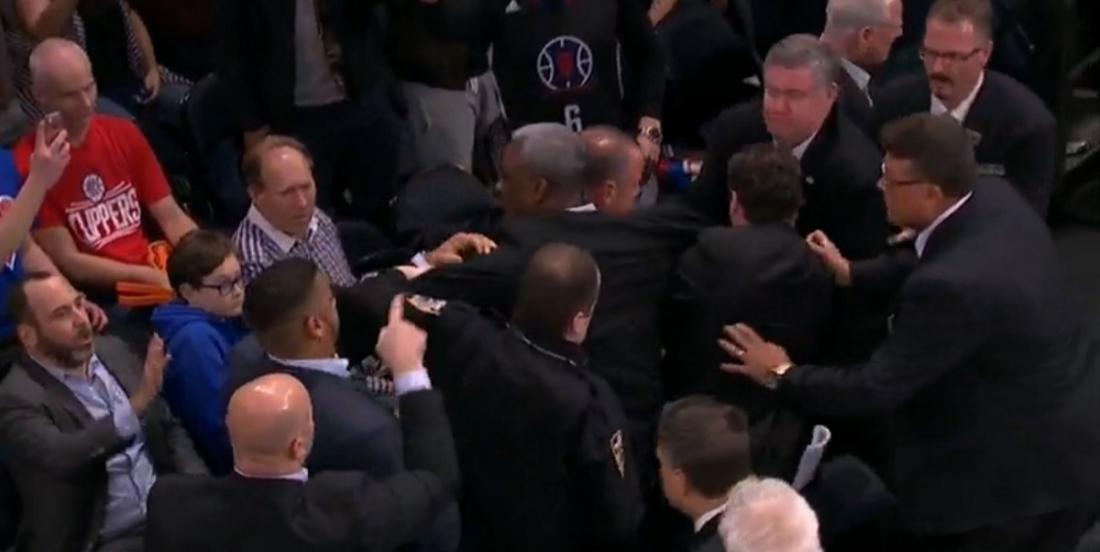 Breaking: NBA legend arrested after getting into a fight with NBA owner during the game!

Absolute madness in the NBA tonight.

We don't often cover events in other sports, and you know when we do it's because something outlandish has happened.On Wednesday night in the National Basketball Association we were treated to one of the most bizarre scenes we've ever seen during a live game, a legendary player attempting to get physical with an NBA owner.

It was former New York Knick Charles Oakley who was at the center of controversy after live cameras caught him getting into a physical altercation with security before that same security team eventually grabbed him and dragged him down the tunnel.

While initial reports suggested Oakley had been arguing with fans, it quickly became apparent that Knicks owner James Dolan was the source of his rage with Oakley reported screaming out Dolan's name as he was placed in handcuffs by law enforcement.

A crazy situation and it was all caught on video.