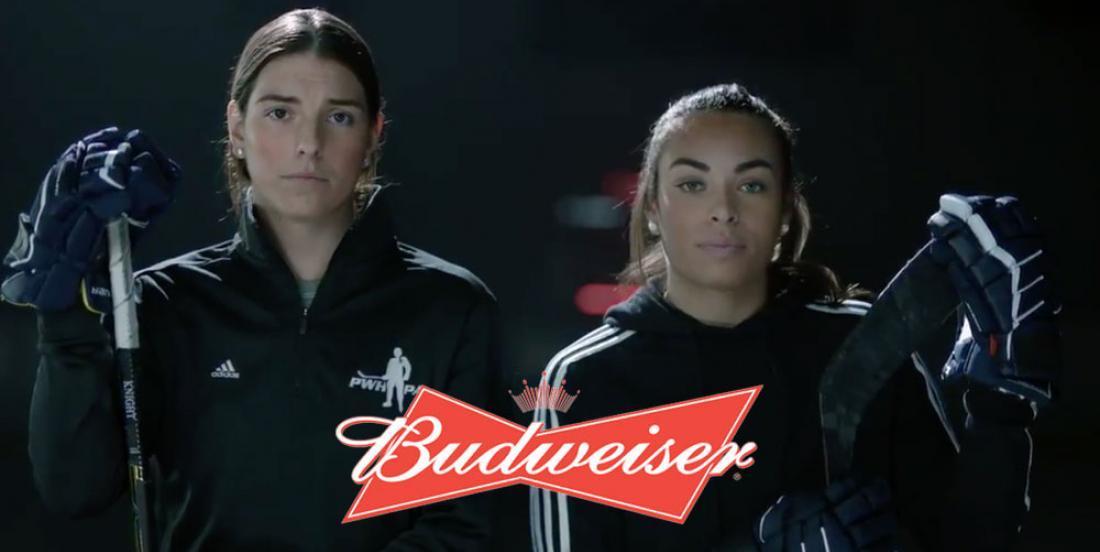 Kudos to the King of Beers. Now let’s drop the puck, ladies!

The sport of women’s hockey has officially come to a crossroads. The Canadian Women’s Hockey League (CWHL) folded this past offseason and almost immediately after a group of 200 professional players, including Marie-Philip Poulin, Hilary Knight and Brianne Jenner, announced a boycott for the 2019-20 NWHL season in a dramatic attempt to establish a single, economically viable professional league.

The five team NWHL has gone ahead with its season but without players like Knight drawing in crowds… well the sport has taken an even bigger step back. The players claim that in order for women’s hockey to grow and become successful it needs to be funded more appropriately. The NHL pitches in a measly $100,000 league-wide to the NWHL and corporate sponsors are few, if any for the teams.

Earlier today however Budwesier announced a corporate sponsorship with the PWHPA (Women’s Players Union) and are encouraging other corporations to join them.

Check out this incredible ad:

Here’s hoping that this spurs other corporate sponsors to step up and support the women’s game. Ultimately though, the NHL has to get involved.

An NHL and WNHL partnership similar to the NBA and WNBA with 12 franchises in some of the NHL’s strongest markets.

The crucial part, I believe, is that the teams MUST align themselves with their NHL franchises. Look at the Boston Pride as an example. Black and gold color scheme and a similar logo to the Bruins. The two teams even share practice facilities.

If women’s hockey is going to survive, and it should, this should be the blueprint. Thoughts?