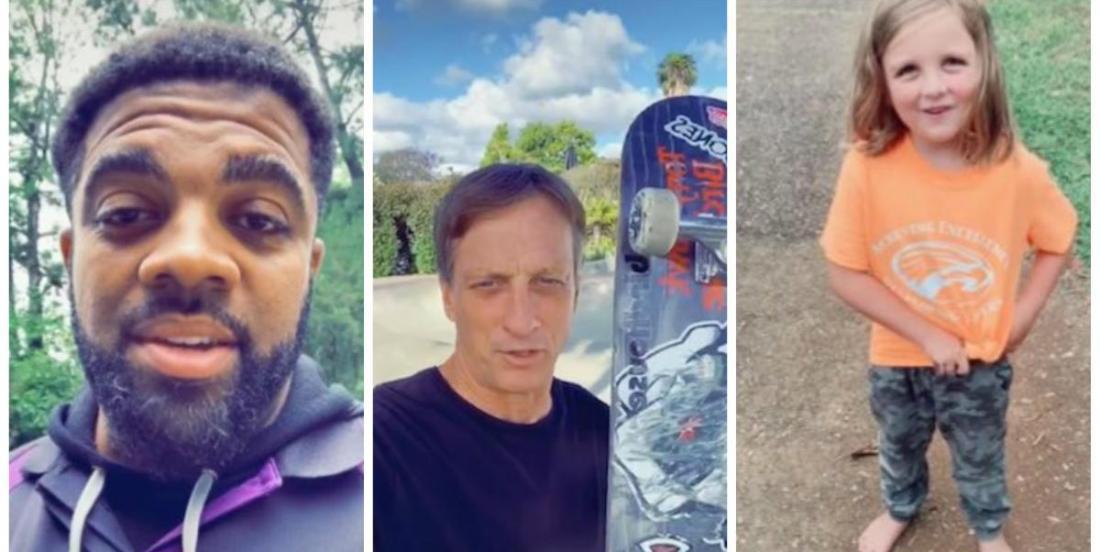 A feels good story in a tumultuous time.

On a slow news day in the hockey world I came across a feel good story that put a smile on my face during a tough time for many of us and felt compelled to share it in the hopes that it might do the same for all of you.

The story began with a chance encounter between FedEx driver Mikail Farrar and a 6 year old boy named Cooper Morgan, a 6 year old boy who very much wanted to get a special message to his idol. Farrar was compelled to stop when he noticed Morgan running alongside his truck, attempting to get his attention, and it was then that young Cooper asked Farrar if he could deliver his skateboard to skateboarding legend Tony Hawk. Here's how it went down in Farrar's own words:

Now that is a pretty remarkable story in its own right and it was very nice of Farrar simply to humor the young boy, but he did much more than that. The message published by Farrar on social media was an attempt to get the attention of Tony Hawk, a man who has always shown great kindness to his loyal fan base, and it worked out better than he could have ever expected.

Here was the response from Tony Hawk himself:

To absolutely no one's surprise Tony Hawk proved to be a man of his word here and Farrar has since responded once again, this time with proof that both Cooper, his brother, and Farrar himself were rewarded with some pretty awesome swag courtesy of the pro skater.

It's great to see people helping one another when tensions have been so high as of late, and I hope this story inspires to do the same for your fellow man.