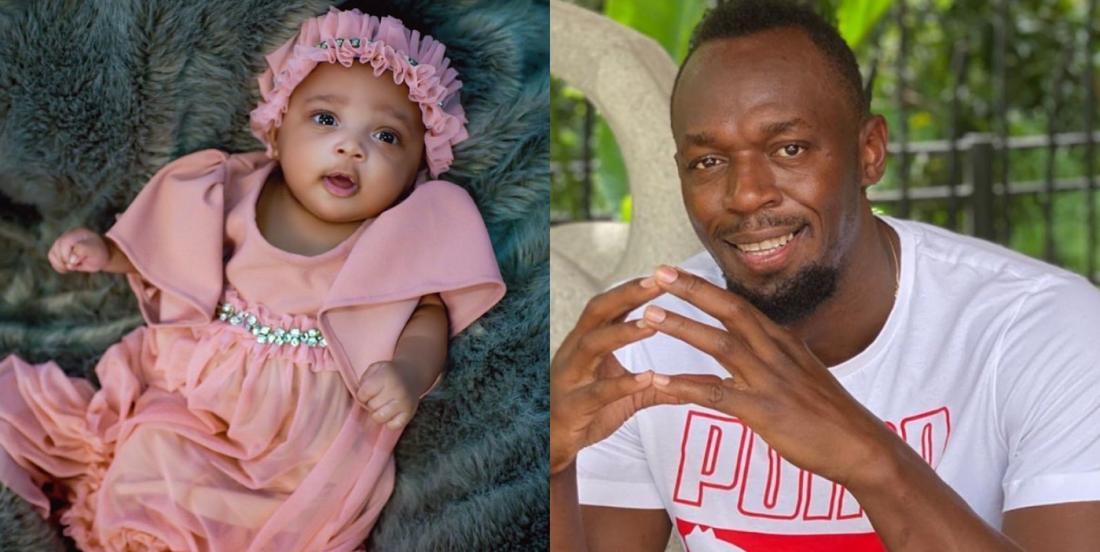 Olympic legend Usain Bolt is a champion all-around, and we have to admit that he once again did an incredible thing when he named his newly born daughter, Olympia Lightning Bolt.

I mean, come on! That’s the most perfect name ever for the daughter of an Olympic champion!

Baby Bolt was born back on May 17 — but the couple decided to finally go public with the name on Tuesday while celebrating Usain’s girlfriend’s Kasi’ Bennett’s 31st birthday.

“I want nothing but happiness for you and will continue to doing my best keeping a smile on your face.”

“Now we have started a new chapter together with our daughter Olympia Lightning Bolt I look forward to what the future will bring for us but be reassured that I will be the ROCK for this family.”

Bold and Bennett have been together for seven years and Olympia Lightning is their first child.

We don’t want to put pressure on the kid, but with a name like that, and and Usain Bolt as a father, we want her to become a sprinter that will compete in the Olympics as well!

OLYMPIA LIGHTNING BOLT FOR THE WIN!!!