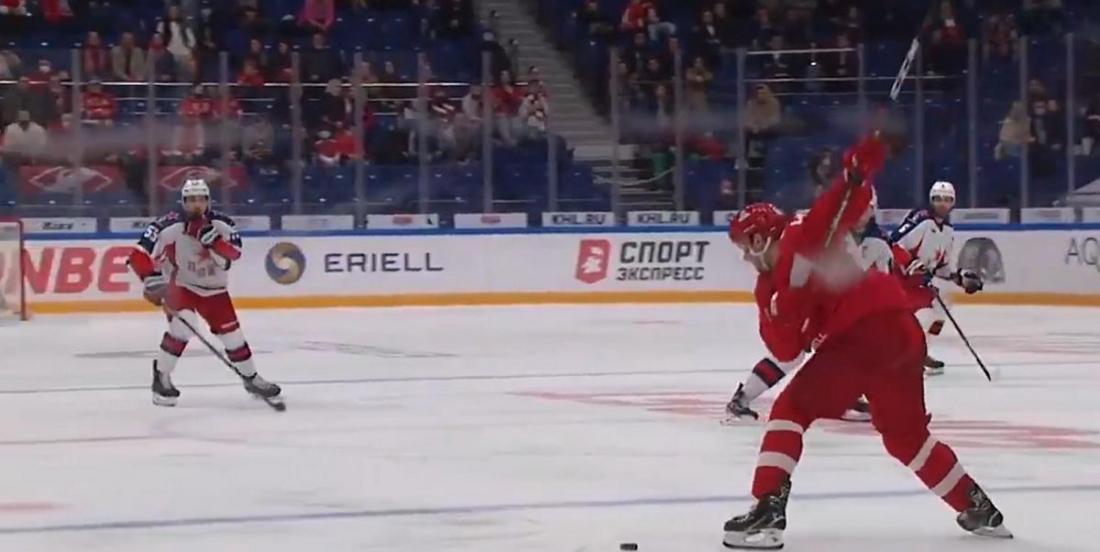 I know that everyone is going to rush to conclusions and call this purely the product of extreme luck, but given the sheer number of times that this has happened to Andrei Kuteikin at this stage of his career I'm starting to think that there may be something to it.

On Sunday Kuteikin, who plays for the Moscow Spartak of the Kontinental Hockey League, once again worked his magic and fired in a goal from well beyond the normal distance that you would expect a shot to threaten a scoring chance. Kuteikin has shown a knack from scoring from long range in the past, but even by his standards this one was particularly insane given that it came from beyond his own blue line.

Pure luck right? Well there may be more than meets the eye here as Kuteikin has shown a remarkable ability to put the puck into the back of the net with long distance bombs. In this example from 2018 he managed to do it from beyond the red line, a particularly satisfying goal no doubt given that it came against his former team the Moscow Dynamo.

That's just one other example however, so again it could just be luck striking twice. Well the video I'm about to show you below actually dates back all the way to 2017, and at that point Kuteikin had already earned the nickname "Red Line King Kuteikin."

Pretty impressive stuff from Kuteikin, and especially cool to see while the National Hockey League is currently on hiatus due to its delayed season this year.