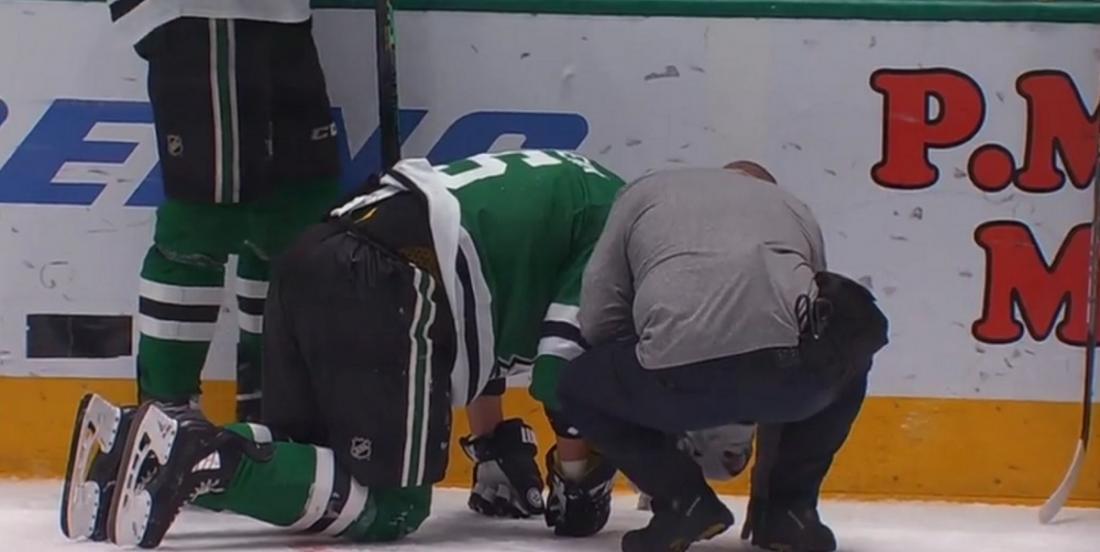 We're starting off your Sunday morning with some good news, especially for those of you who tuned in to the Saturday night matchup between the Pittsburgh Penguins and the Dallas Stars.

Although neither team is known for being a particularly physical or physically dominant team there were plenty of players getting roughed up on the ice on Saturday night, with the most concerning incident being the injury to Dallas Stars veteran defenseman Andrej Sekera. Sekera was engaged in a race for the puck with Pittsburgh Penguins forward Nick Bjugstad and unfortunately as the two men became tangled up during that race Sekera was left in an extremely vulnerable position.

Some members of the Stars fan base were quick to jump on Bjugstad for this one but if you watch the replay closely you will notice that Sekera's left skate actually got caught on Bjugstad's right skate as the two men were trying to get to the puck. In fact it was Sekera's forward motion that caused their two skates to become entangled and the result was Sekera falling into the boards head first after losing his balance as a result of that contact. It looked very bad for Sekera in real time and the fact that he would remain down on the ice for several long moments after the fact certainly did not make things look any better.

Not only was Sekera very slow to get up off the ice, he stayed down on all fours well into the commercial break, but he also looked to be struggling very badly as he headed down the tunnel when the broadcast returned from commercial. Given how terrible this looked the concern surrounding the veteran defenseman was understandable but we do have an unofficial update to share that should alleviate some of those concerns. Stars insider Sean Shapiro has spoken to Stars head coach Jim Montgomery and although Montgomery opted to wait on team doctors before giving an official medical update, he did let Shapiro know that there appears to be no serious injury at this time.

It was a rough night for everyone involved in this one however as both teams had players that took a beating. On top of the injury to Sekera, Pittsburgh Penguins star Sidney Crosby took a hard shot to the head courtesy of a teammate and you may call that karma as earlier in the game Crosby himself had drilled a slapshot into the face of Dallas' Esa Lindell.