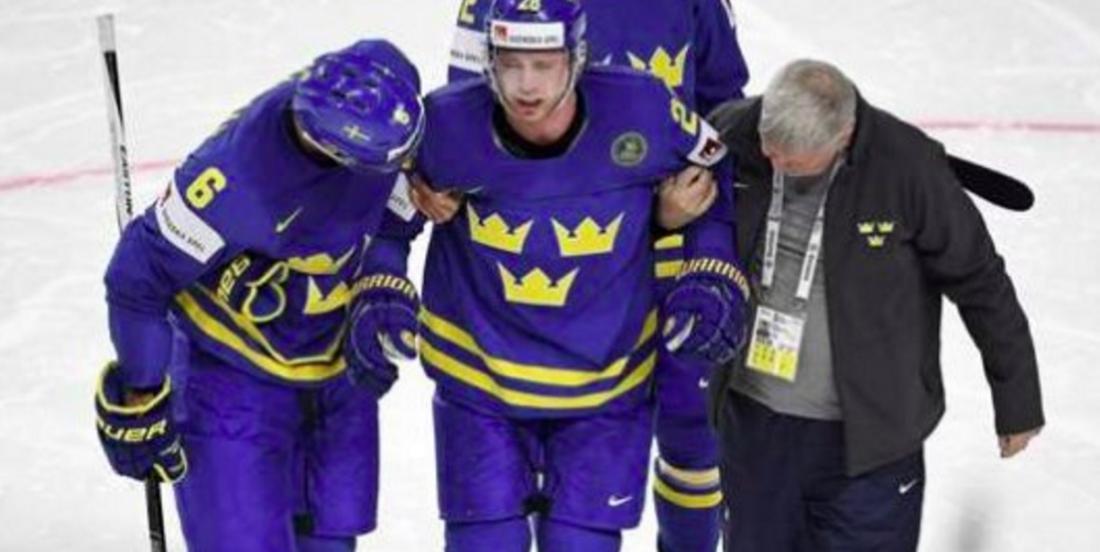 You hate to see this kind of stuff at an international tournament.

22-year-old National Hockeu League center Elias Lindholm appears to have suffered a significant injury at the World Championship after he was the victim of a brutal looking slash to the back of his knee.

Lindholm went down hard after taking the slash and was unable to get up under his own power, eventually needed both a teammate and a trainer to help carry him off the ice.

The entire time Lindholm did not put weight back on his injured leg, and the hope now is that this injury won't affect him for the long-term.