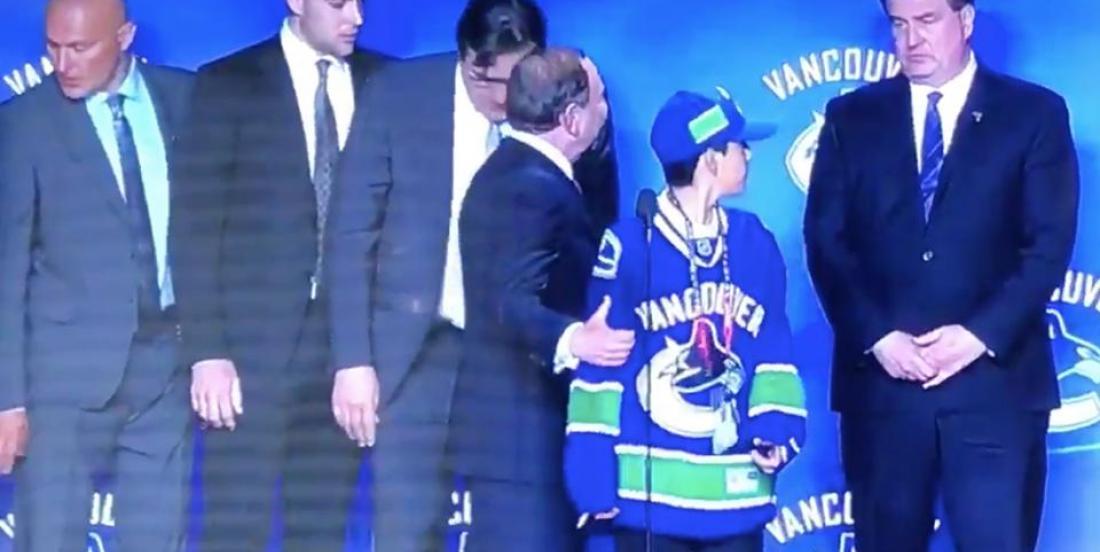 There was a very uncomfortable moment early on at the National Hockey League Entry Draft.

When the Vancouver Canucks took the stage to announce their first round draft selection, it appeared that a young man in a Canucks jersey would be allowed to make the selection for Vancouver, but the NHL's commissioner had different plans.

Up onto the stage walked Gary Bettman who appeared to order the young man to get away from the microphone as he gently shoved him further away from that very same microphone.

Here's a video of the whole thing going down.