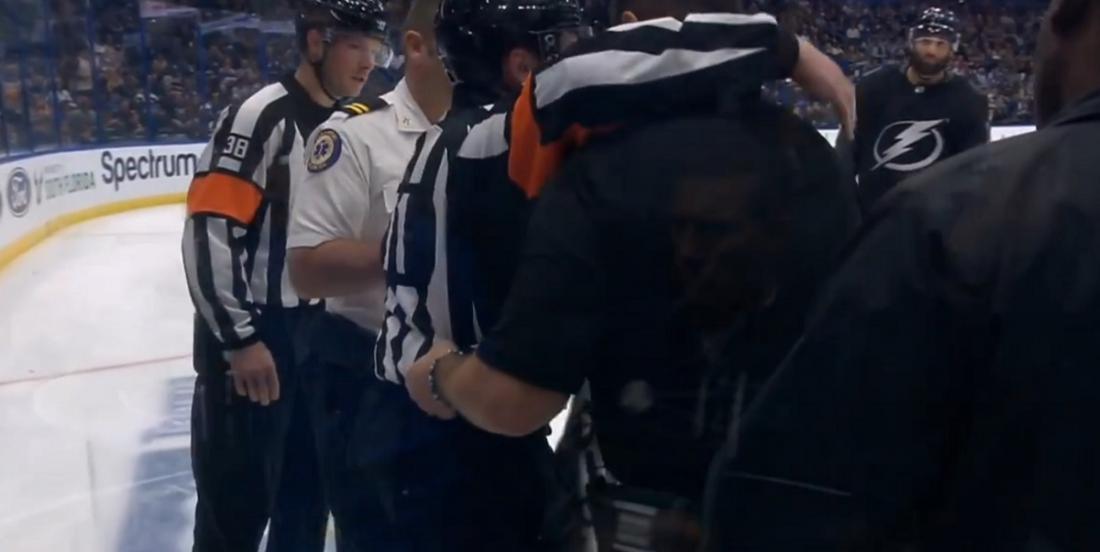 Saturday night as it turns out was a pretty rough night to be National Hockey League referee Kelly Sutherland.

The Tampa Bay Lightning were facing off against the Colorado Avalanche on Saturday night in a battle between a surprisingly underwhelming Lightning squad to start the season, at least given the expectations on that team, and the Central Division leaders in the Avalanche. There were plenty of fireworks expected in this game but interestingly enough in the opening minutes of the first period the focus was not on the players on the ice but rather on the officiating crew.

Now this was not a case of sloppy officiating getting in the way of a good game, no instead it was an unfortunate set of circumstances that led to one of the NHL's most experienced officials leaving the game with a number of injuries. It was Colorado Avalanche rookie defenseman Cale Makar who was responsible for the injuries to Sutherland, however I don't think even Makar's most diehard detractors would dare to suggest that he was to blame for this incident.

The young Avalanche defenseman was charging towards the Lightning net in an effort to make a play when he suddenly lost his balance and fell while trying to cut across the Lightning's crease. The play would have ended there but Makar's momentum was enough to propel him all the way into the boards, and it was there that he had one of the most awkward collisions you're ever going to see with the aforementioned Kelly Sutherland. Not only did Makar crash into Sutherland's legs, which appeared to be injured based on Sutherland's body language, but he also caught Sutherland up high with his stick in the process.

The result of that extremely awkward collision was Sutherland down in a heap on the ice and the referee was clearly not in good shape. Sutherland was clutching at one of his legs, suggesting that it had been injured in the collision, and was unable to get to his feet without the help of his fellow officials and the trainers that came out on the ice to help him. To make matters worse Sutherland had been busted open in the process, something that you could see quite clearly once he got to his feet and the camera gave us a closer look at his face.