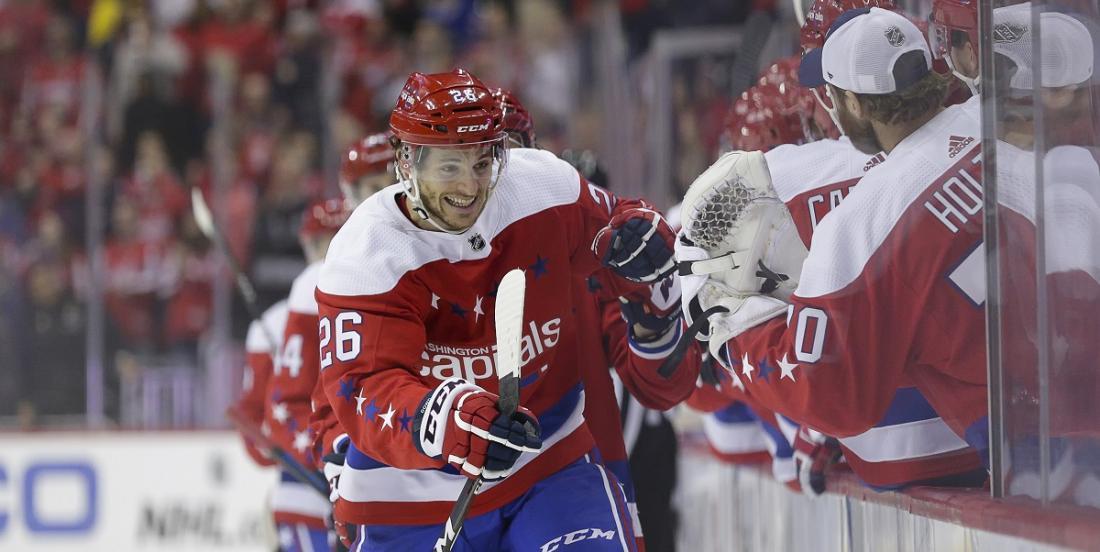 Everything is going right for the Washington Capitals right now.

The defending Stanley Cup Champions had a huge game on the schedule on Saturday as they faced off against their first round opponents the Carolina Hurricanes for Game 5 of their series in the 2019 Stanley Cup Playoffs. There is no question about the fact that they rose to the occasion on Saturday night in what turned out to be an absolute blowout in favor of the Washington Capitals.

The Capitals were without star forward T.J. Oshie who had been injured on a very questionable, if not outright dirty, play during the 4th game in this series and you just knew that there would be an extra fire lit under the Capitals for that very reason. By the time it was all said and done the Capitals had completely destroyed the Hurricanes, putting up 6 goals on them on their way to an extremely impressive shutout win.

Everyone got in on the action on Saturday night including Capitals 4th line forward Nic Dowd who is not exactly known for his scoring touch in spite of putting up 8 goals for the Capitals during the 2018 - 2019 National Hockey League regular season. The Capitals veteran center found himself with a rare penalty shot in the playoffs and although he is not the most likely candidate you would have going for a penalty shot, Capitals head coach Todd Reirdan's faith in Dowd was rewarded when a patient move resulted in yet another Capitals goal.

Check out this must see moment.