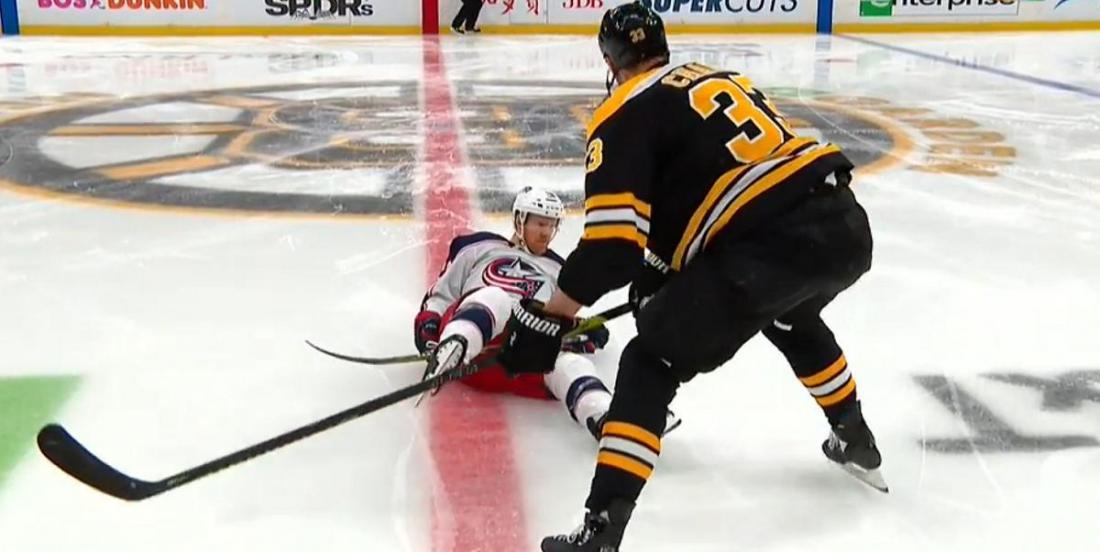 The former Bruin pays the price.

Oh revenge how sweet it is.

If you do not think the Boston Bruins put a giant target on the back of Columbus Blue Jackets forward Riley Nash after what had already transpired in this second round series you may want to think again. Nash, a former member of the Boston Bruins himself, had a big impact in Game 1 of the series when he absolutely flattened Boston Bruins forward David Krejci, his former teammate, with a thunderous hit that took Krejci right out of the game. In fact the hit took such a toll on Krejci that there were legitimate doubts about whether or not he would play in Game 2 of the series as the result of an "upper body injury" he suffered as a result of the hit.

Well the Bruins have returned the favor and then some. Not even 2 full minutes had transpired in Game 2 before Nash realized that he probably should have been looking in every direction during this particular game, especially for the biggest man out on the ice in this series. It was Boston Bruins captain Zdeno Chara who extracted revenge for David Krejci when he absolutely pancaked Nash in the opening minutes of Game 2. The hit was a devastating one that sent Riley sailing through the air before he landed hard on the ice, where he would remain in a seated position for a few seconds as if trying to get his bearings.

It was a monster hit and it was pretty obvious as Nash got up off the ice that he was in considerable discomfort, and even when he got back to the Blue Jackets bench it was obvious he was in rough shape. To his credit Nash did manage to get all the way back to the bench under his own power, but he would not remain on the Blue Jackets bench for a very long time. Much like David Krejci in Game 1, Riley Nash was forced out of Game 2 as a result of the big hit he received.

We do not know at this time if Nash has been ruled out or if he may still yet return to this game, but this one looked like it hurt.