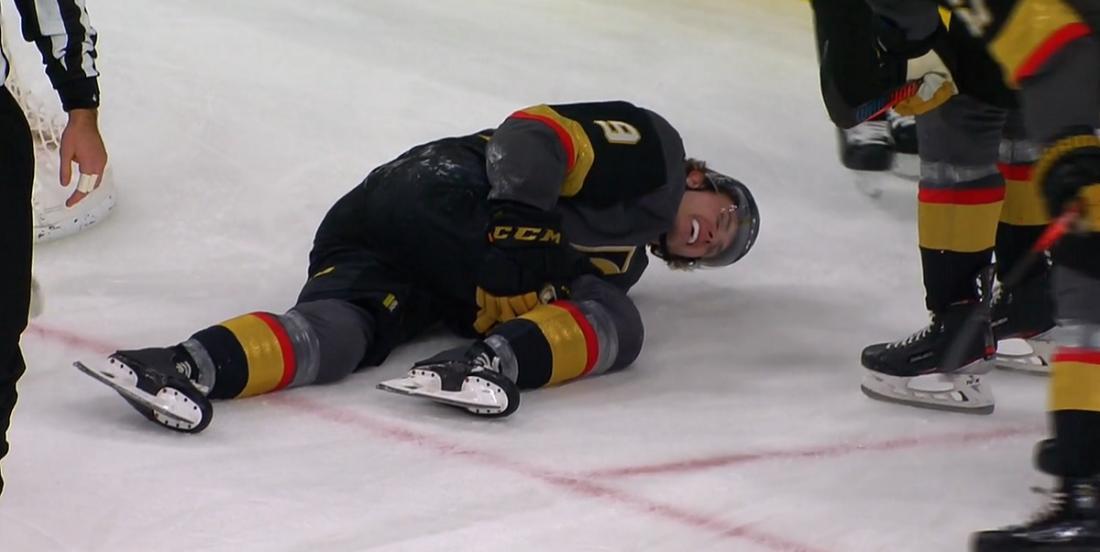 On Saturday the Golden Knights faced off against the defending Stanley Cup Champion St. Louis Blues in what was a highly entertaining contest for the fans who tuned in to this one. We saw a total of 9 goals recorded with the Golden Knights eventually picking up the win over the Blues by a score of 5 - 4, but the big talking point coming out of this game is once again the health of Golden Knights forward Cody Glass.Glass was playing in what was just his second game back from injury and unfortunately it now seems like it could be his last game for quite some time.

Glass was injured during the games third and final period when a battle in front of the net with St. Louis Blues captain Alex Pietrangelo did not go in his favor. To be clear here it did not appear as though Pietrangelo was trying to injure Glass in any way, but there is no doubt that his actions directly led to the rather ugly looking injury suffered by Glass tonight. The Blues defenseman simply outmuscled Glass in front of the net and by the time they were done jockeying for position Glass was left off balance and with no leverage to use against Pietrangelo. The Blues captain then dumped Glass to the ice, but it was at that very moment that I believe the injury occurred.

If you watch Glass' right leg very closely in the video provided below, you can see his knee actually buckle under his own weight as Pietrangelo looks to dump him off to the side, and it buckle at an angle at which knees are not meant to bend. There are already some suggesting that this could be a season ending injury, and although that is nothing but speculation at this time, there is no question this one looked awful. Glass was entirely unable to walk following the injury and had to literally be carried off of the ice and carried all the way back into the Golden Knights locker room.