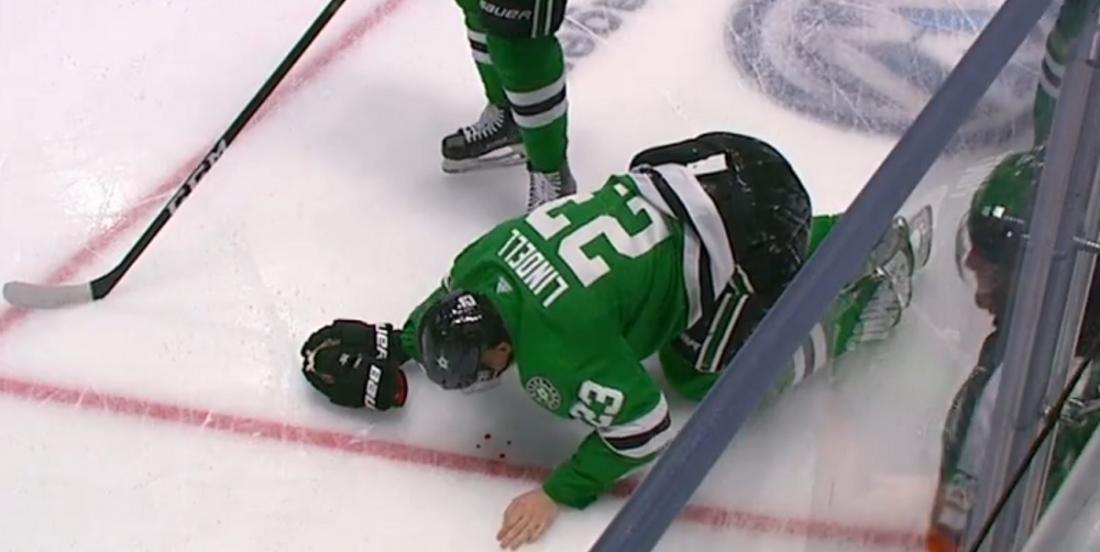 Oh man it is hard not to feel sorry for Dallas Stars defenseman Esa Lindell on this play.

On Saturday night the Pittsburgh Penguins took on the Dallas Stars in what was a relatively tepid affair, at least through the first period of play. Neither team managed to find the back in the game's first frame, but the fact that the Penguins failed to find their way onto the scoreboard may very well have been a direct result of the terrible sacrifice made by Lundell in the game's first 20 minutes.

The Penguins found themselves with a terrific scoring chance roughly 13 minutes into the game thanks in part to a beautiful set of give and go passes between Pittsburgh Penguins superstar Sidney Crosby and Penguins forward Jake Guentzel, a series of passes that ended in a beautiful one-timer from the Penguins captain. It was a sizzling shot that came flying off the blade of Crosby's stick, but it was a shot that would never find its way to the Dallas Stars net.

That was due entirely to a damn near heroic sacrifice from Lindell who showed not a care for his own well being and dove down in front of Crosby's shot, blocking any possible trajectory to the net. Luckily for the Stars the shot block from Lindell was successful but unfortunately for Lindell he only managed to stop the shot thanks to his face. The blast from Crosby struck Lindell with a sickening thud and appeared to catch him square in the middle of his face, and it became immediately apparent that Lindell's face had been badly damaged. The young Stars defenseman immediately began leaking a crimson red liquid onto the ice, leaving spots of his own blood all over the playing surface, and it was several long moments before he was able to regain his senses and get back up to his feet.

Even then Lindell needed the help of his teammates to rise to his feet but I am happy to say that he was able to skate off under his own power, no small feat given what had just transpired. Perhaps even more impressive however is the fact that Lindell has now returned in the game's second period, presumably ready to continue to negate scoring chances from the Penguins by putting his body on the line.

Here is the aftermath: