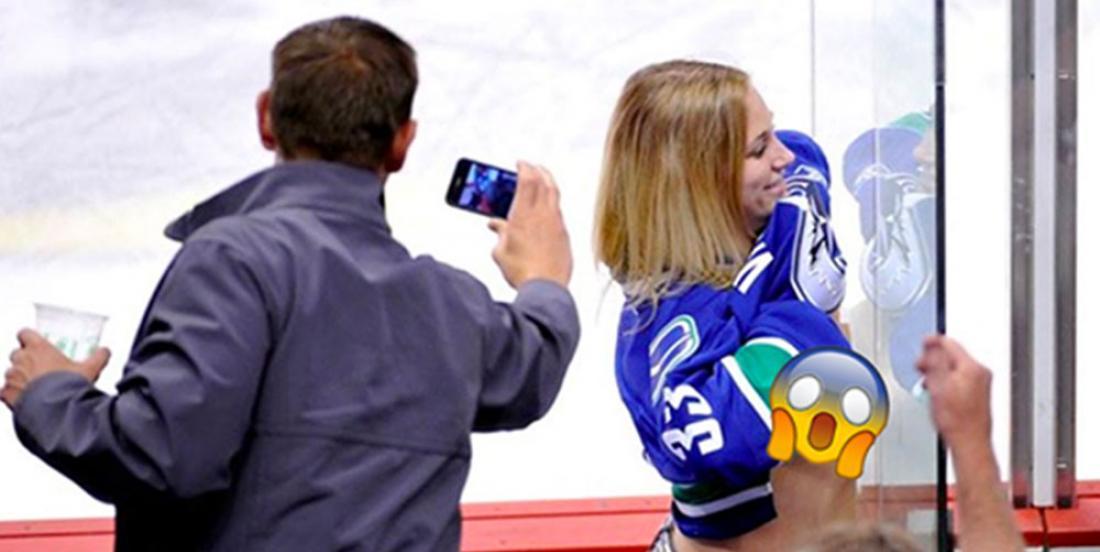 In case you missed it earlier this month, a hockey fan in attendance at TD Garden for a game between the Boston Bruins and New Jersey Devils went  viral after twerking and pole dancing on the glass during the course of play.

Well… don’t look now but she’s got a kindred spirit in Minnesota.