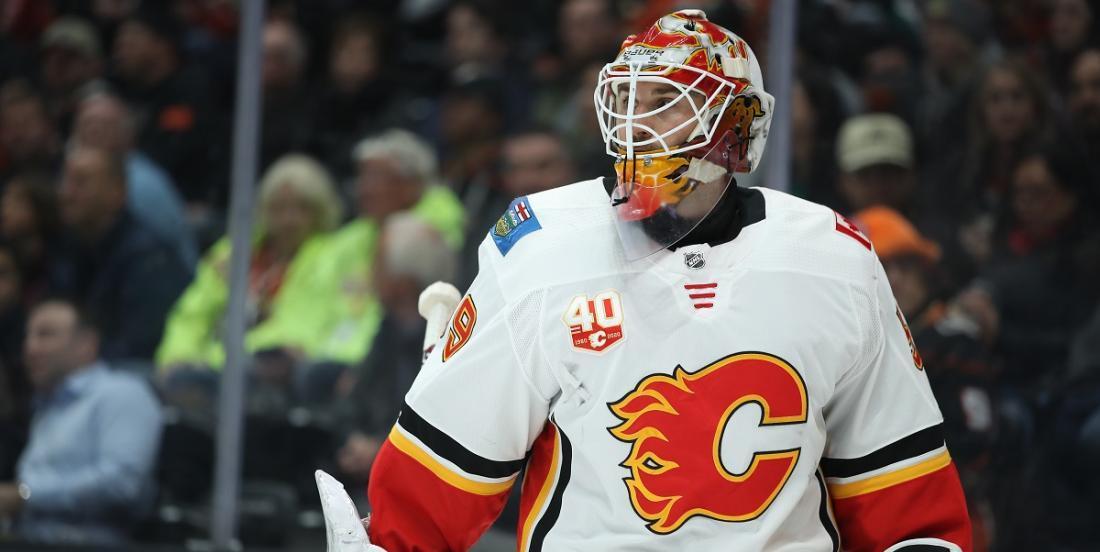 There is no question that the Winnipeg Jets will benefit from a goaltending advantage in their series against the Calgary Flames in the Qualifying Round of the Stanley Cup Playoffs. The Jets have the benefit of having Connor Hellebuyck in goal, considered among the elite goaltenders in the league, but no one knows just yet who it is that the Jets will be facing between the pipes.

The Calgary Flames primarily used veteran goaltender David Rittich during the course of the regular season but down the stretch he was outplayed by backup goaltender Cam Talbot. Talbot has been vocal about wanting a bigger role and if he continued to outplay Rittich in training camp it would make sense for Flames head coach Geoff Ward to lean in that direction, however the Flames bench boss has deliberately played coy regarding who he will be starting in goal. Ward has even admitted that he has kept his decision a secret in an effort to throw off the Jets, but the Flames may have finally tipped their hand this evening during warmups.

Talbot was the first man out for warm ups and now Flames insider Eric Francis believes that Talbot will be the starter and called the move the "smart choice" on the part of the Flames. As I said Talbot did outperform Rittich on the season with 26 appearances for the Flames in which he recorded a 2.63 goals against average and a .919 save percentage, certainly respectable numbers in the regular season. Rittich on the other hand had weaker numbers with a 2.97 goals against average and a .907 save percentage, although to be fair to Rittich he shouldered a much heavier load with 48 appearances in goal.

There is a risk is starting Talbot however, one need just ask a fan of the Edmonton Oilers to discover that. Talbot has been an inconsistent netminder throughout his career and that has included some shaky performances in the postseason, and with these shortened series in the Qualifying Round a team can ill afford to give up an early win as the result of poor goaltending. If it is indeed Talbot that gets the start this will be something to watch out for.