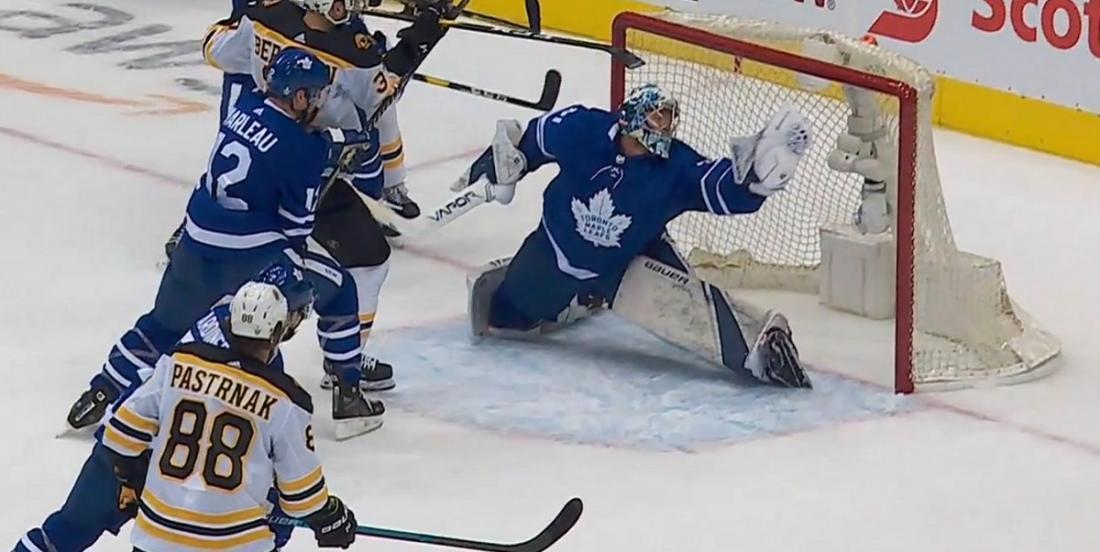 The Toronto Maple Leafs went into the first intermission down a goal, with the Bruins up 2 - 1 in Game 6 of their first round playoff seriesd in the 2019 Stanley Cup Playoffs, but they will be happy it was not worse than that.

The Bruins powerplay was the story of the first period scoring 2 goals for the Bruins off a pair of bad penalties from Maple Leafs Tyler Ennis and Travis Dermott, but Toronto Maple Leafs goaltender Frederik Andersen prevented things from truly getting out of hand.

Andersen had arguably his best save of the season in the final moments of the opening period of Game 6 when he absolutely robbed Boston Bruins' star forward Patrice Bergeron of what looked like a sure goal. Bergeron himself clearly though that he was about to give his Bruins a 3 - 1 lead in the first as well because his reaction to the save was one of utter shock and disbelief.

When you see the save you'll understand why.