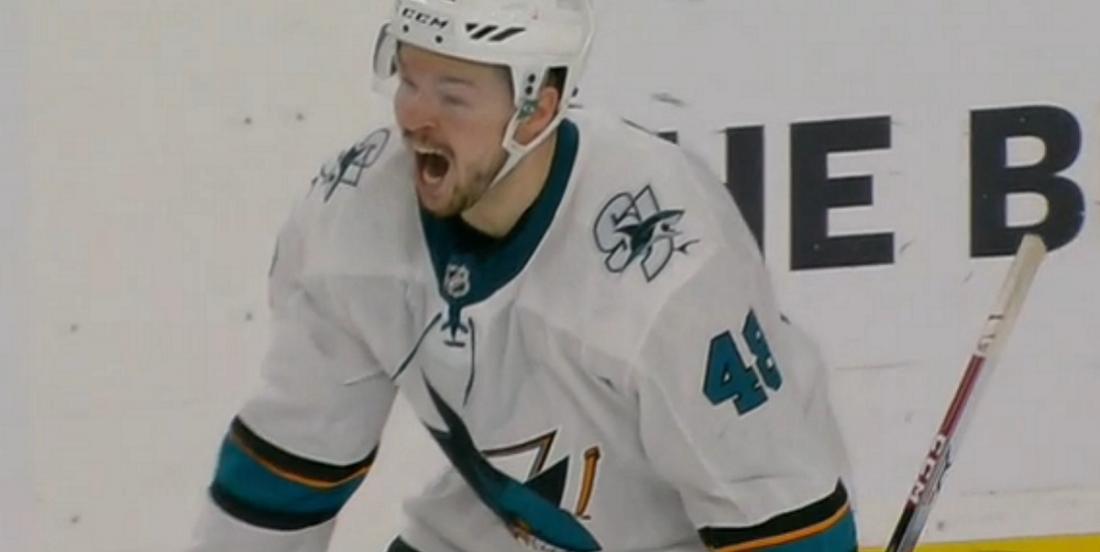 I honestly think that no one saw this goal coming at this point in the game.

The San Jose Sharks and the Las Vegas Golden Knights fought a grueling battle on Sunday night, one that went all the way to double overtime before we could determine a winner. I would have to say that it looked like the Golden Knights had the better chances in the sudden death frames in this one, but when the Sharks took a bad penalty in double overtime everyone single member of their fan base was likely very concerned about their season coming to an end.

Instead of what should have been a disaster for the Sharks Tomas Hertl, the same man who said his team would win tonight before the game, came up with a shocking shorthanded goal to give his team the win and force a Game 7 in this series. It was a great play and a great shot from Hertl to be sure but you can also be sure that this is one goal that Golden Knights goalie Marc Andre Fleury is going to want back.