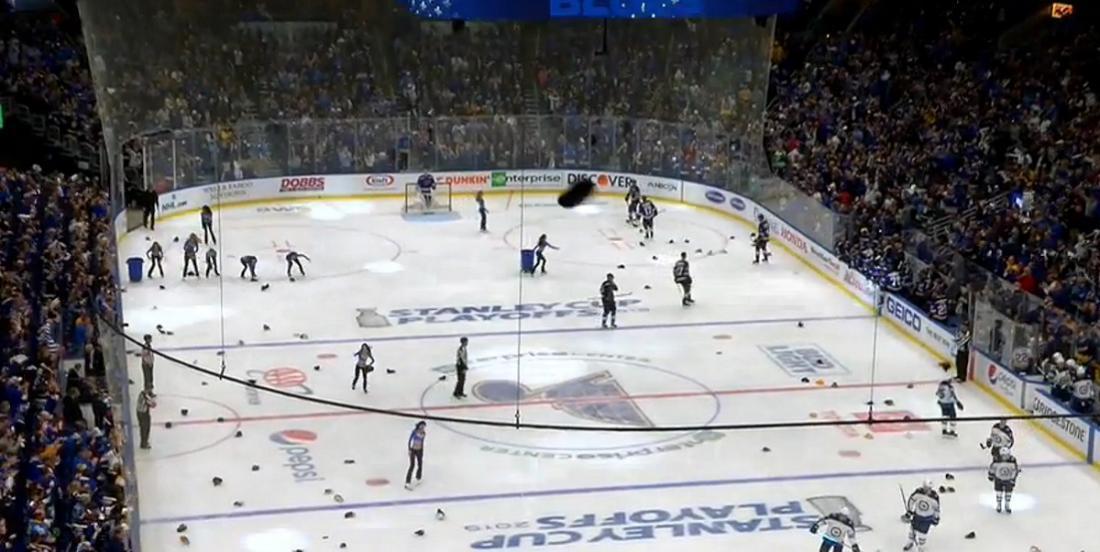 There may be no popular man in St. Louis right now that St. Louis Blues forward Jaden Schwartz.

Schwartz and his Blues picked up a huge win this week in Game 5 of their first round playoff match up over the Winnipeg Jets in the 2019 Stanley Cup Playoffs and Scwartz himself played no small part in that. The Blues veteran played hero in that game picking up the game winning goal to send the series back to St. Louis with a chance for the Blues to wrap things up in front of their home crowd where Schwartz would once again be the hero.

At the time of this writing we are deep into the third period and in spite of the fact that this should be a desperation game for the Winnipeg Jets there have been only 3 goals in this game. All 3 of those goals have all been scored by the same player no less and unfortunately for the Jets, who will see their season end barring a drastic turn around in the final minutes, that player plays for the other team. I am of course speaking of Schwartz who absolutely went off on the Jets in Game 6, picking up a natural hat trick in rather spectacular fashion.

Schwartz absolutely stunned the Jets when he picked up a fairly ugly goal in the opening seconds of the game's very first period. Although we would not know it at the time, outside of a short flurry of offense from the Jets following the goal, it seems like that first goal may have taken all the wind out of the Jets sails.

Neither of those goals however would generate the kind of excitement Schwartz's third goal of the night would produce however, sending the hometown Blues fans into an absolute frenzy as hats rained down on the ice.

There were a lot of hats as we got an extended break after this one.